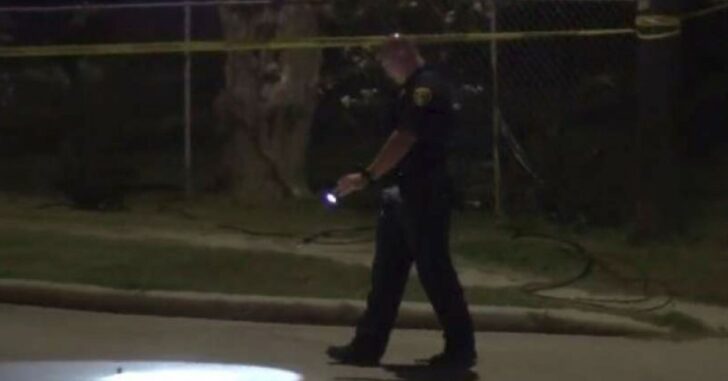 HOUSTON, TEXAS — If there’s one thing that we know about the State of Texas, its that many of the residents carry a firearm. We also know that Texas has it’s fair share of crime, and seeing stories of armed citizens fighting back never gets old. It’s unfortunate for things like this to happen in the first place, of course, but seeing the average citizen fend off an armed attacker with a firearm of their own is a good thing.

The attempted robbery happened just before midnight, said Lt. Larry Crowson of the Houston Police Department. Two cable repairmen were working on a cable box in the Northline neighborhood, near Fulton and Veenstra.

At least two armed men approached them and attempted to rob them, Crowson said, but one of the repairmen – who has a concealed handgun license – pulled out a gun.

The armed citizen exchanged gunfire with the pair and one of them, an 18-year-old man, was shot as a result. His upstanding partner-in-crime didn’t like the idea of having bullets flung in his direction, so he leaves his wounded partner behind and takes off. What a pal.

The injured teen was taken to the hospital. No word on his condition was immediately available.

Police are still searching for his buddy who left him for dead.

Since an exchange of gunfire occurred, meaning that the bad guys had loaded firearms, we know that they meant business. This is a guns saving lives story because, had armed resistance not been seen, these thugs could have made the decision to shoot the two targets.

Armed and ready. That’s how it should be.