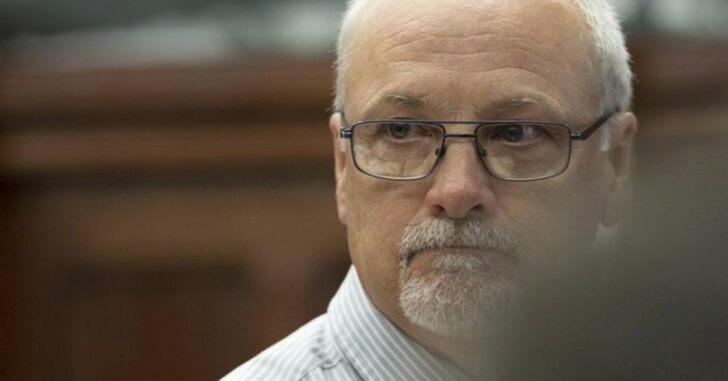 Times have changed, with politics playing an ever-greater role in our lives. And in today’s world, some prosecutors seem more inclined to pursue charges in self-defense shootings. This goes double where violent aggressors lack a firearm, no matter the other factors.

Skip Gochenour talked of this at length in his seminar at the Rangemaster Tactical Training Conference this spring.  Gochenour knows his subject. He has consulted in hundreds of criminal and civil cases in the United States involving guns and self-defense.

In a nutshell, he told us to expect today’s prosecutors to pursue charges more often in self-defense cases. What’s more, he warned that prosecutors will almost always take a case involving an “unarmed” attacker to a jury. Think the George Zimmerman case. Potentially with you in the role of Mr. Zimmerman.

At the same time, prosecutors can use these cases to shamelessly pander to their constituency. “Ladies and gentleman, I tried to put that trigger-happy, gun-toting NRA member in prison where he belonged, but the jury acquitted him.” And please vote for me.

While these face-saving prosecutions might not happen in a lot of parts of Texas, most of us don’t live in the Lone Star State. The fact of the matter is that a righteous shoot that wouldn’t earn a second glance in Midland, Texas will almost always go to a jury in Cook County, Illinois.

Even outside of Cook County, local prosecutors can sometimes pursue dubious prosecutions of good guys.

In fact, a grand jury in Knox County rejected murder charges against the defendant. So the Assistant State’s Attorney refiled the murder charges himself. The Galesburg Register-Mailhas the story of the very unusual move.

GALESBURG — In a rare move, the Knox County State’s Attorney’s office has again filed a first-degree murder charge against James Love in the June 19 shooting death of Xavier Hartman.

According to Knox County court files, prosecutors filed the same charges as they initially sought in a new case Wednesday, July 18. The charges are: first-degree murder with a mandatory firearm enhancement; Class X felony aggravated battery with a firearm; and felony aggravated discharge of a firearm.

The farmer, James Love, has no criminal history and a good reputation in the community.

On the other hand, the dead teen’s adult arrest history began with a felony mob action arrest in neighboring Henry County in 2017. Xavier Hartman pleaded guilty to a misdemeanor mob action charge and spent some time in county jail. He also faced an emergency order of protection filed against him in Henry County on February 6, 2018.

So what happened on that fateful night that led to the death of young Mr. Hartman?

WQAL has the best reporting on the public details.

A 19-year-old Galva teen was shot and killed by a rural Galva man after a one-car traffic accident and altercation that happened in the early morning hours of Tuesday, June 19.

A single-car accident “in the early morning hours”? Running that through the universal translator: someone crashed while impaired or badly distracted.

Sketchy details? Well, given that the 19-year-old teen has assumed room temperature (and his buddy fled early in the “confrontation”), there’s only one version of this story out there.  Unlike the deceased teen, the farmer isn’t a sketchy individual.

Frankly, the big question everyone should ask: Does the physical evidence support Mr. Love’s version of what happened?

…but Knox County Sheriff’s deputies report that Xavier Hartman, 19, of Galva was shot in the leg by James E. Love, 58, outside of Love’s home after a vehicle Hartman was driving crashed about 300 yards from Love’s home.

According to a Knox County Sheriff’s Department media release, Love heard the crash and yelling…

Yelling like, “Help, I’m hurt”? Or yelling like, “You effing idiot! I can’t believe you crashed your drunk ass in the ditch!”

…and left his home armed with a 9mm semiautomatic Ruger handgun to investigate.

Seems prudent. I don’t go to the bathroom without mine.

So the farmer, eligible and then some for membership in the American Association of Retired Persons (AARP), checked on a car crash just down the road from his house.  Ever the good Samaritan, he undoubtedly took his phone and a flashlight.  And ever the prudent gun owner, he also tucked his Ruger 9mm pistol into his belt.

So, when Mr. Farmer showed up and asked if he can help, it turned into a confrontation? And the passenger fled the area on foot early on? What was he hiding – or taking with him? Was he an intoxicated driver? Did he have drugs? Stolen property? Was it a stolen car? Or maybe criminal warrants for his arrest?

Clearly, the second person didn’t want to hang around and wait for police. That doesn’t sound like behavior consistent with a law-abiding person.

Furthermore, he ran away “as the confrontation began.”  It sounds like the gun wasn’t the reason for fleeing the accident scene.

Love was arrested and faces felony charges of unlawful discharge of a firearm and aggravated battery with a firearm. In a subsequent interview with the Peoria Journal-Star, Knox County Sheriff Dave Clague said Love could face second-degree murder charges and those charges could be filed ahead of Love’s scheduled video court hearing on Wednesday.  Clague also said it appears Hartman was unarmed when he was shot and that it is believed the two men did not know each other.

Prior to being arrested, Love was transported to an area hospital for treatment of a laceration he received during the confrontation, according to the release.

And speaking of bad behavior, why did Mr. Hartman attack a good Samaritan? Not only that, but Hartman beat Mr. Love badly enough that the farmer needed hospital treatment. Decent, rational people don’t attack good Samaritans, sending them to the hospital.

But as the Knox County SA’s office sees it, Hartman didn’t have a gun. They ignore his youth, his strength and aggressiveness, to say nothing of his willingness to initiate a vicious and violent attack upon a senior citizen good Samaritan prior to getting shot.

Obviously the State’s Attorney’s office thinks prosecuting this case makes for good politics. Despite the self-defense nature of the shooting.

Use wisdom and prudence

While anyone can pull a trigger, it takes a wise and prudent man to survive the legal aftermath.

Yes, getting good gun training, and maybe some martial arts or Krav Maga might help you avoid confrontations or violent situations on the street, or win them if the worst happens. However, self-defense classes and self-defense techniques will only take you so far.  Wise and prudent people will also prepare for the real world aftermath in court.

This case shows how a prosecutor may take an apparently righteous shoot to a jury, especially where the bad guy doesn’t have a gun. That costs a lot of money in legal bills.

Cases like this also show the wisdom and prudence of obtaining some form of concealed carry insurance. Hiring competent legal counsel, securing expert witnesses and mounting an effective legal defense can quickly bankrupt an average person. Additionally, the worry about incurring staggering legal bills may cause hesitation at the wrong time in a confrontation.

Buy yourself peace of mind. No matter if you go with the Armed Citizens Legal Defense Network, the US Law Shield or the pricier US Concealed Carry coverage, or another provider, get some insurance.

What’s the alternative to spending a few bucks on insurance? Spending yourself into bankruptcy and then possibly going to prison just so an ambitious prosecutor can score political points with the low-information voter class.