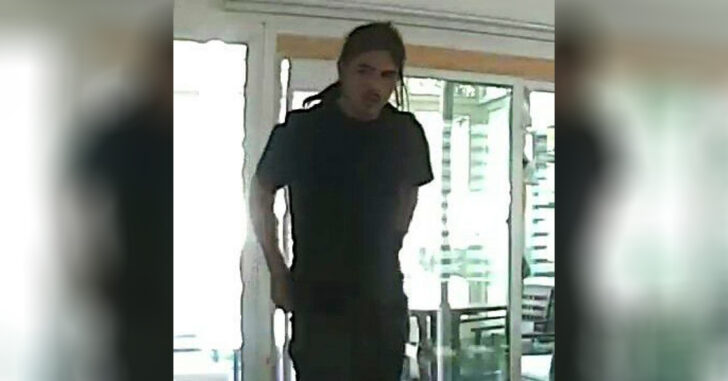 Robert Stuckey’s San Antonio home was recently burglarized. On Christmas Eve, no less. In that incident, he lost his Xbox, Social Security cards, some jewelry and a handgun. After that experience, he apparently installed a web-enabled alarm system, so when the burglar made a return visit last week, Stuckey was alerted to the intruder on his smart phone.

As soon as he was informed of the break in Stuckey logged into his Ring (home security) app and discovered something quite surprising.

“Holy crap! I said to myself,” Stuckey recounted. “I got this guy on video.”

The video, which Stuckey has since posted to various social media platforms, shows a young male with long dark hair, a moustache and black clothing using a doggie door to enter Stuckey’s home. Click here to view the video of the dude crawling through the doggie door, then re-directing the security camera away from the room. Nice. This time . . .

“He took me for a SIG Sauer .45 (handgun), a cell phone and passports,” Stuckey said.

So now police have a photo of the home invader. And who knows, with the help of social media exposure, they may actually nab him.

But just off the top of our heads, a couple of ideas for preventing any further losses at the Stuckey residence come to mind. Like preventing easy access to the house by losing the doggie door and getting someone to walk Fido for during the day. And maybe buying a safe to make those guns and other valuables a lot harder to get at if this guy make yet another appearance.