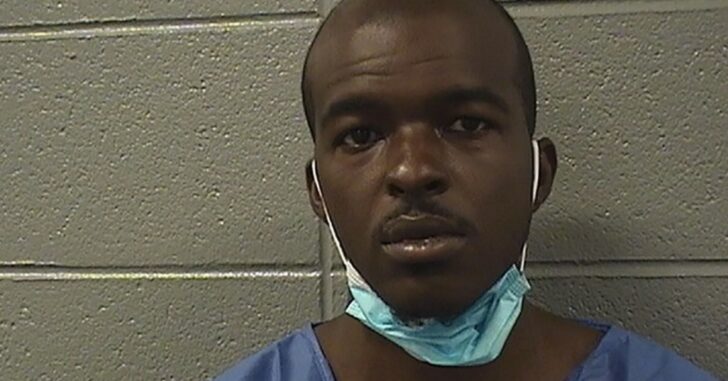 CHICAGO, ILLINOIS – A man and woman were hospitalized in serious condition after a Chicago man assaulted them, gouging their eyes, and biting off pieces of their ears. While listening to prosecutors describe the attack, Judge John F. Lyke Jr. said he thought he was “listening to a horror movie,” adding that it “shocks the conscious.”

Police arrested Elijah Rule Hill Prince, 28, near the crime scene.  He was covered in blood that he described to officers as the “blood of peasants.” He was placed under $5 million bail and was undergoing a psychiatric evaluation at a hospital Monday while his hearing was being held. Regardless of the medical opinion, it’s pretty safe to say he is mentally unstable on some level.

The incident occurred Saturday in the 10500 block of South Emerald Avenue when Rule Hill Prince (RHP) approached the male victim and attempted to sell him something, according to prosecutors. When the man declined the offer, RHP attacked him. He allegedly put the man in a chokehold, struck him in the head with a shovel, punched him in the face, gouged his eyes, bit his ears and the top of his head, spit into his mouth, and jammed a 3-inch wooden block into the man’s left eye, prosecutors said.

When the man’s wife came outside to help, RHP turned his rage toward her, pulling her hair, gouging her eyes, biting off “large chunks” of her ears, and spitting on her. Pieces of the couples’ ears were recovered but could not be reattached by doctors.

We never know when we may be the focus of a deranged person’s rage, and they don’t necessarily need any type of weapon to inflict serious injury. While a shovel and a piece of wood were used in this case, the assailant did plenty of damage with just his fingers and mouth. The couple will likely be left with a lifetime of physically debilitating injuries, in addition to the emotional trauma that they suffered.

Illinois is one of roughly a dozen states that do not have “Stand Your Ground” laws on the books; however, past judicial decisions have established that a person may use deadly force in self-defense with no duty to retreat. If the man or woman in this case would have had, and used, a defensive firearm against their attacker, and would have been subject to any charges regarding their actions, the issue of deadly force would need to be raised by their attorney as an affirmative defense.

Previous article: Want To Get Your Heart Racing? Watch These Videos Of An Attempted Armored Car Heist Next article: Per the President's Wishes, Department of Justice Proposes Rule Aimed at “Ghost Guns”