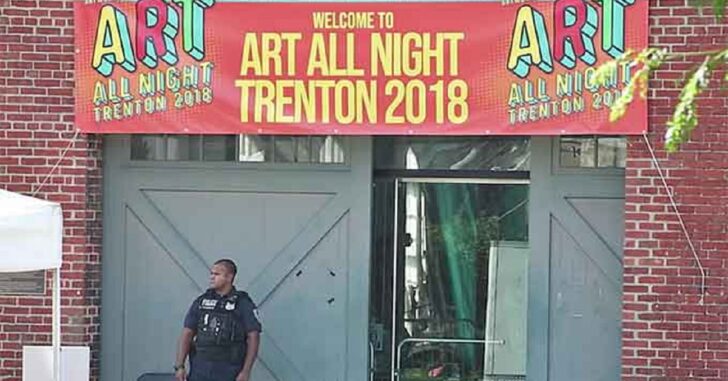 TRENTON, NJ — Early on the morning of June 17, an all-night art festival was dramatically interrupted by a mass shooting perpetrated by multiple attackers that left at least one dead and 22 injured, CBS News reported.

One shooter was shot and killed during the chaos which erupted just before three that morning, and two gunman were identified and charged, according to the Princeton Patch. A third suspected gunman was sent to the hospital in critical condition.

Casualties included a 13-year-old boy, who was so badly injured he was whisked to the hospital in critical condition, although he was expected to survive, according to reports.

This was a huge tragedy, and it went by millions of news-savvy people virtually unnoticed.

Why wouldn’t the media want you to know about this particular incident? It’s a pretty big deal, with lots of nice, big numbers that would spark readership.

Well, in the mainstream media’s defense, there was some coverage of the incident. The New York Times and CNN, among others, both ran reports on the shooting, but you’ll notice they didn’t clamor for new laws or manipulate victims to push their agenda nearly as much as they normally might with this one. Why?

First, as even CNN noted, this violence was gang-related. Gang disputes mean that firearms are obtained illegally about 99.5 times out of 100, and doesn’t correspond to the narrative of lone crazies losing it and going berserk as well as, say, the Las Vegas shooting.

Plus, we can’t go around admitting that the uber anti-gun New Jersey hasn’t magically seen an end to gang-related crime, can we?

That actually brings us to point number two, which is that in anti-gun New Jersey, draconian gun control laws are not panning out like they all hoped.

That’s a black eye to their credibility they just can’t abide.