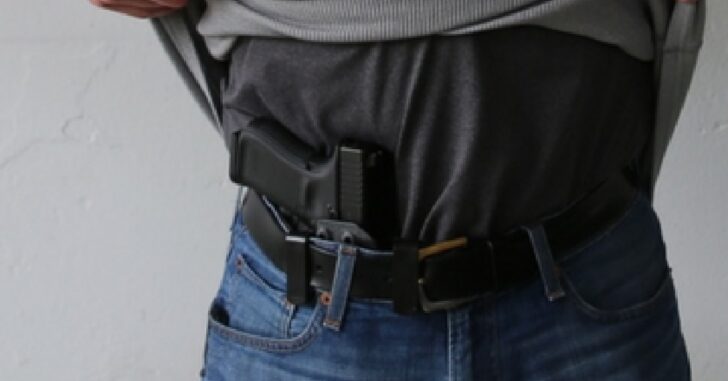 FANNIN COUNTY, GA — The Fannin County school board have made a massive step towards the district’s safety by permitting teachers and school staff to carry firearms at school, WAGA-TV reports.

These staff members will no longer have to rely just on a school resource officer — they’ll be able to defend their students in the event of a school-level threat.

As the Atlanta Journal-Constitution reports:

Under the new policy, teachers can have guns holstered. Guns in bags or purses are not allowed, Channel 2 reported. The proposal said that employees must be approved by the Board of Education and the Fannin County sheriff before they’re allowed to carry weapons on school grounds, Channel 2 reported. Teachers allowed to participate will receive training on judgment and pistol and long gun shooting at a minimum.

School officials told the news station the idea of arming teachers is something that has been on the table since April. This proposal, called GAMB, was introduced at the school board meeting about a month ago.

As you can imagine, some folks love the idea and some hate it — not too many people are lukewarm.

“I have five grandchildren and it makes me feel better to know we’re not having to wait on law enforcement to get here. although they do a wonderful job, they’re not everywhere at the same time, they can’t be,” said Fannin County resident Jack Taylor said according to WAGA-TV.

As if to directly contradict that sense of security, Dr. Kyle Raque feels like the more guns, the more danger there is to his kid.

“To me, more firearms into the school is just going to create a potential for more danger to my child,” he said.

Well, we all know how much crime is bolstered by an abundance of firearms in the hands of responsibly-armed citizens — it doesn’t. It’s the best thing you can do for a community’s safety.