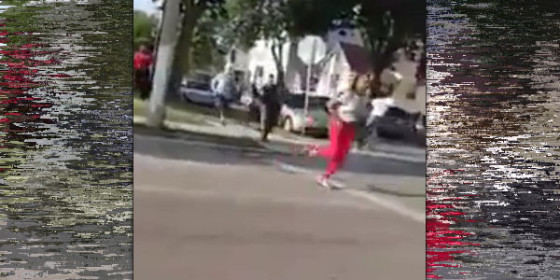 In this undated video captured in vicinity of Milwaukee, Wisconsin, a driver takes a cell phone video of an exchange of gunfire between criminals.  It’s pretty evident that the thugs on the street are not at all concerned with the people around them or anyone else’s safety.  This situation didn’t take place in downtown Sao Paulo or Mogadishu – it happened right in the middle of a major US metropolis.  And more importantly, it’s increasingly more common.

As a concealed carrier, do you intervene to assist people fleeing the scene of an ongoing shooting or do you keep driving?  This is ultimately a hard question to answer because the number of assailants, their discipline, and the illegally obtained firearms they’re using are unknown in just a few seconds time.

You tell us your thoughts on the matter in the comments section below.