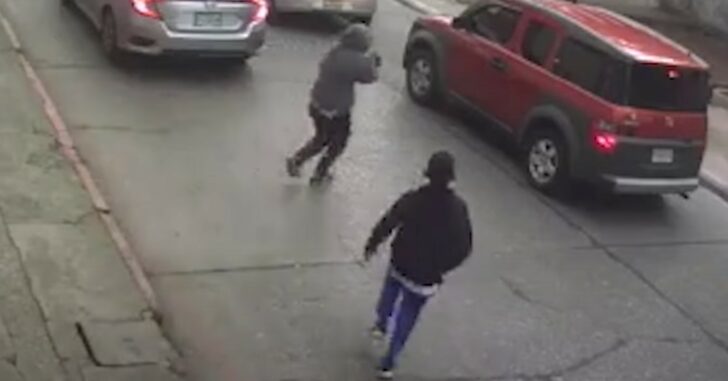 A group of attackers ran up to a vehicle, still unknown if it were a targeted attack or not. That aside, the vehicle held a diplomat with an armed detail, and they acted quickly when trouble literally came running up.

Just before the man in the gray sweatshirt hit the ground is likely when he realized that his life decisions have been terrible. Not only did he get shot, but they failed their thug objective.

Being armed, and being prepared, save lives in instances such as the one below. If you’re not prepared to defend yourself, you can quickly be at the mercy of the bad guys.

Previous article: Homeowner Gets Into Gun Fight With Suspect Who Broke Into Vehicle At Night Next article: Armed Car Salesman Goes After Car Thief, Fires Shot At Fleeing Suspect