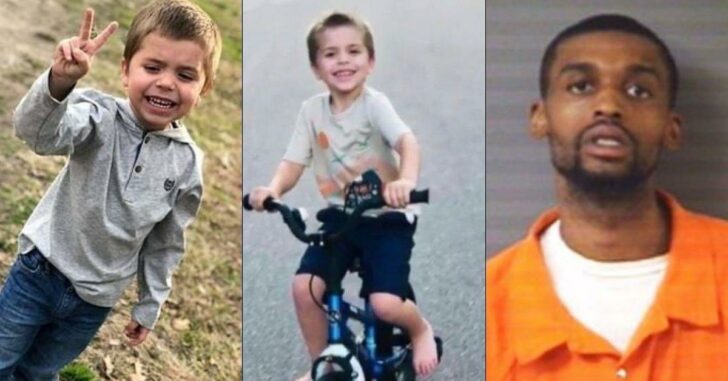 5-year-old Cannon Hinnant was riding his bike Sunday afternoon when a neighbor of his father’s, 25-year-old Darius Sessoms, ran over to the boy and put a gun to his head. He pulled the trigger and just like that, an innocent child was murdered at the hands of a felon.

Sessoms and the boy’s father were next-door neighbors, and have apparently been so for some time. The boy’s two sisters, ages 7 and 8, witnessed the shooting.

A neighbor was looking through her window and saw the kids playing, and then saw Sessoms run up to Cannon. She saw him shoot Cannon and then run back to his home.

“My first reaction was he’s playing with the kids,” the neighbor told reporters. “For a second, I thought, ‘That couldn’t happen.’ People don’t just run across the street and kill kids.”

Cannon’s father ran out of the house as quickly as he could and screamed while picking the boy up off the ground.

Monday would have been Cannon’s first day in kindergarten.

Police have yet to determine a motive for the senseless murder, but noted that Sessoms is a convicted felon, meaning that he had no business handing a firearm.

The hashtag #sayhisname is being used to spread the story of Cannon, after several large news outlets failed to report on the murder.