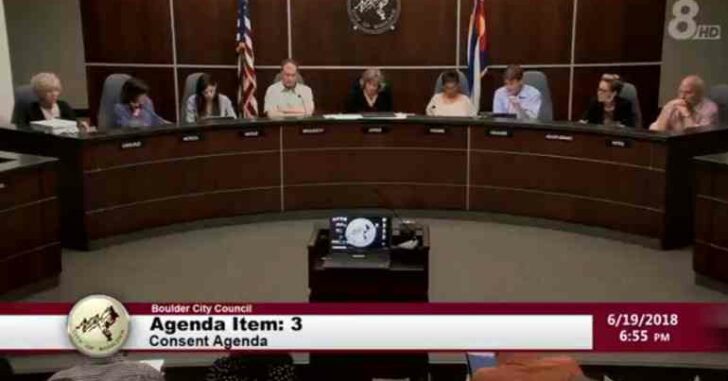 On May 15, the Boulder, Colorado, city government unanimously passed an “assault weapons” and “high capacity” magazine ban. The ban is likely illegal and was immediately challenged in a lawsuit.

On Tuesday, the Boulder city council doubled down on the ban, adding still more restrictions, and an exemption for competitive shooters who travel through the city.

Five amendments were proposed. On an 8-1 vote, council passed three: Removing an exemption for 30-round handgun magazines that are legal under Colorado law; allowing competitive shooters to travel through Boulder with Assault weapons; and clarifying the language so that any individual not allowed to possess firearms under state and federal law could not receive a certificate of ownership.

Council member Mirabai Nagle was the lone dissenting vote. She opposed banning high-capacity handgunmagazines that are legal under state law, grandfathered in via a 2013 measure.

“The gun community is not going to turn in their 30-round magazines,” she said, “so we just turned a bunch more people into criminals.”

She also voiced discomfort with disallowing gun stores from issuing certificates of ownership, which she argued would boost compliance. The rest of the council was swayed by arguments from the city attorney and police chief that background checks at private dealers would not be sufficient.

The Court challenge lists several Second Amendment-based arguments. But courts may not even get that far because it appears the Boulder city government is directly violating Colorado’s preemption law.

A local government may not enact an ordinance, regulation, or other law that prohibits the sale, purchase, or possession of a firearm that a person may lawfully sell, purchase, or possess under state or federal law.  Any such ordinance, regulation, or other law enacted by a local government prior to March 18, 2003, is void and unenforceable.

The Colorado State Supreme Court tied on finding that Denver was exempt from § 29-117-103, in 2006, allowing a lower court ruling to stand.

An important part of any law is the provision for penalties. I have not found any penalty attached to violation of § 29-117-103. It’s possible the Boulder ban will be struck down as moot under the Colorado statute, without penalty for the city or council members. It’s also possible that the Colorado courts will find a way to exempt Boulder from the statute as they did Denver.

Boulder is one of the most “progressive” cities in the country. It is a college town, like Madison, Wisconsin, and Berkeley, California. The votes of college students, under the tutelage of progressive professors, in cities where the student population is a significant percentage of the population, ensure leftist government.

I spent considerable time in Boulder on official business while I was employed by the Department of Defense. The National Center for Atmospheric Research (NCAR) is located there.

We won’t know if the Colorado courts will uphold the law for several months.