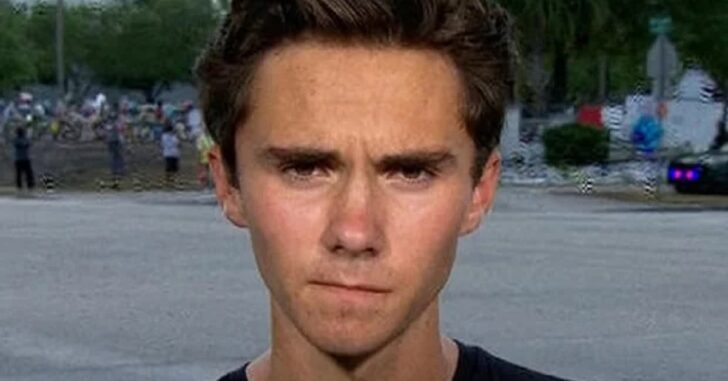 For those of you who are unfamiliar with the guy, David Hogg is a survivor of the infamous Parkland, Florida school shooting earlier this year, and has vowed to never let such violence happen again.

It sounds good until you realize how rabidly anti-gun he is and how close to absolute zero his knowledge of firearms, legislation, or action thereabouts sits.

He’s under the belief he’s now a gun control expert because of his experience, and although his experience is totally valid and seriously tragic, a subject matter expert it does not make.

Regardless, the teen has snagged a book deal, and something a lot bigger — armed guards.

Twitter user Sean Di Somma posted a photo of Hogg walking on the street of New York with entourage members in tow — including some men who seem to be armed guards.

“Here’s @davidhogg111 in NYC today with armed guards and a bunch of publicists. #neveragain #Hypocrites,” wrote Sean Di Somma on Twitter in a tweet that has since been removed. Seems odd that someone who has been so vocally anti-gun wouldn’t trust his fellow man not to attack him.

He didn’t even bother to deny it, and therein lies the rub:

If you’re going to talk the anti-gun talk, you gotta walk the anti-gun walk. Hogg isn’t special, and it’s ridiculous that he’d speak out on guns while hiding behind them.

But isn’t that what so many do?