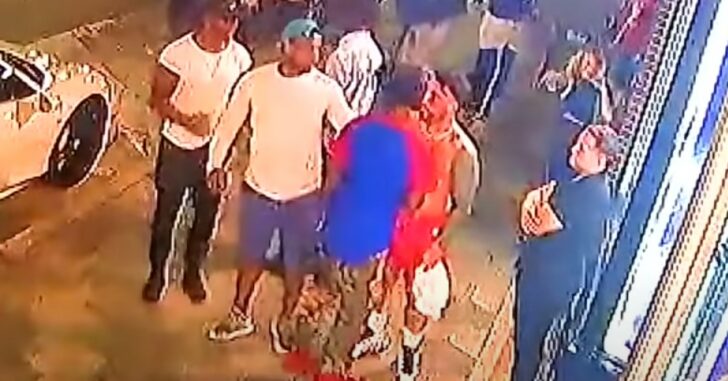 It’s impossible to avoid everything bad that will come our way, but remaining vigilant can help some people see these things coming.

It may not have been possible in the incident below, as the assault was seemingly unprovoked, but if we sense something off with a person close to us, we should do what we can to remove ourselves from the situation.

The two men had never met, but when they did outside an Ybor bar in September in 2019, it was deadly. Now, Justin Jasper is headed to prison for killing Dyante Neal with one punch. In surveillance video obtained by FOX 13 News, Neal can be seen standing with another man outside Coyote Ugly in Ybor at 2:30 in the morning. Suddenly, Jasper shows up in the video and, seemingly without provocation, punches Neal — who never saw it coming. Neal is seen hitting his head on the ground in the fall. Prosecutors say Neal never regained consciousness and died at the hospital of severe head trauma.

I’ve seen fights in front of bars before, and people lingering outside who were ‘off’. I didn’t get involved, of course, but what I did do was distance myself from the conflict. Or a potential conflict.

Move this thought process to everyday life, regardless of where you are. Is someone angry in the seafood department at the grocery store? Walk the other way. The world is going mad.