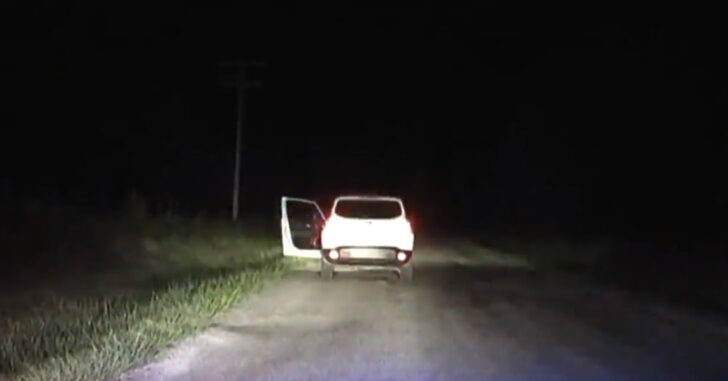 LUTHER, OKLAHOMA — When a teen was going out in the morning to feed some cattle, he noticed a woman inside his truck. That woman happened to be fleeing from the law after taking officers on a chase the night before.

The vehicle that the woman used to get away from police was ditched, and then she took off running. At some point, she found the teen’s truck and apparently decided to get some rest inside.

When the teen found her, however, he held her at gunpoint until police could get there to finally take her to jail.

“I think that our suspect was just as startled as the person who found her,” said Jenny Wagnon with the Edmond Police Department.

It all started in a neighborhood on the northwest side of Edmond. Police say there`s been a rash of car burglaries in the area, so when a resident noticed somebody suspicious, they called authorities.

That’s when the chase began.

The teen likely stopped other incidents from happening, as it seems that this woman was continuously up to no good.

Previous article: Something You Don't See Everyday During An Armed Robbery Next article: #DIGTHERIG - Kris and her Sig P938 in a Corso Concealment Stealth IWB Holster