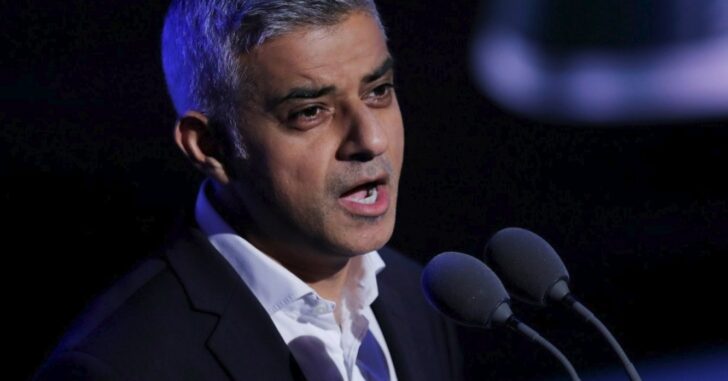 LONDON, ENGLAND — Possibly for the first time ever, the city of London could surpass New York City in number of homicides. The majority of these homicides are committed with knives, since the country has a very strict hold on guns, making shootings pretty rare.

But if the city surpasses NYC homicides this year, most of which are carried out by guns, what does that say?

It simply says that criminals will use any weapons at their disposal to commit their crimes.

London has seen more than 50 homicides already in 2018.

Most of the city’s murder victims have been stabbed to death, as guns are tightly restricted in Britain and shootings are relatively rare.

If the bloody trend continues, London will far surpass the 130 murders in 2017 and reach a number not seen since the early 2000s.

The Mayor’s response? It’s obvious that knives are the devil.

He tweeted: “No excuses: there is never a reason to carry a knife. Anyone who does will be caught, and they will feel the full force of the law.”

No excuses: there is never a reason to carry a knife. Anyone who does will be caught, and they will feel the full force of the law. https://t.co/XILUvIFLOW

From a city with so much gun control, it’s no wonder that knives are next on the chopping block. Like that pun?

If you’re caught with a knife in London, good luck to you. Even if you’re a good guy and carry it, you’re going to be faced with some heat if caught.

I carry a knife with me everyday. It’s not necessarily for self-defense; it’s more of an everyday tool that I, literally, use everyday.

If the day comes when they rid the city of knives, criminals will likely switch over to baseball bats. Then, we’ll see the push to remove those dangerous items as well.

Until then, London seems like a nice place not to visit.

Previous article: Question of the day: Do You Alternate Holsters? Next article: The 6 Most Important Things I've Learned Since Carrying A Firearm