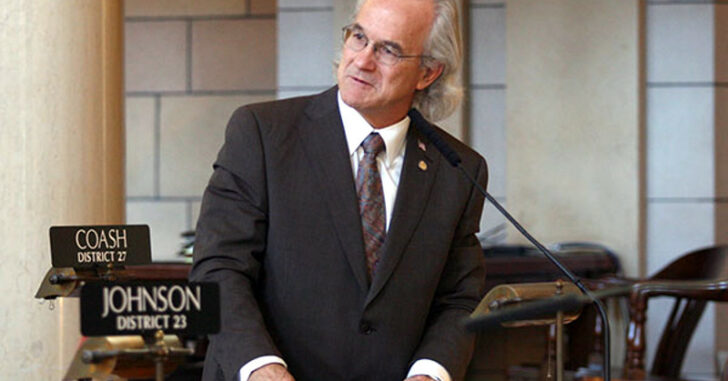 LINCOLN, NEBRASKA — Nebraska Senator Tommy Garrett is proposing to revise Nebraska state law to remove many of the designated “gun free zones”.  According to the Lincoln Journal Star, the senator from Bellavue argues that many of those designated areas are where concealed carriers have a right to be armed.

“The gun-free zones are what’s killing us,” Sen. Tommy Garrett said Friday.  “These [concealed carriers] are not criminals. They are not wackos. They are not people that are mentally unstable.  They’re law-abiding, God-fearing American citizens.”

Nebraska concealed carriers have to undergo strict background checks and firearms training prior to being permitted to carry.  This, the senator argues, enables Nebraska residents to defend themselves appropriately in places that were previously off limits.

Amongst the places that will continue to be “gun free”, according to the senator’s proposal, are police stations, jails, courthouses, and prisons.

Initial opponents to the bill include the University of Nebraska in Lincoln, where a university spokesperson declined to comment until the full text of the bill was available.  The UNL chief of police, however, commented that the presence of armed students alarmed him due to the rowdy nature of sporting events, rampant alcoholism and mental illness amongst college students.

The presence of a gun does not mean violence will occur.  It’s a failing of both law enforcement and university personnel to mistake one for the other.

This bill has yet to go anywhere and may, like two previous bills submitted by the senator to the Judiciary Committee, be held up indefinitely in proceedings.

If it does make it to the floor, gets passed by both the House and the Senate, and then signed into law by the governor — it does set an awesome precedent for deconstructing the idea of where permissible, lawful carry can occur.

Previous article: [VIDEO] Scan And Assess After A Defensive Shooting - Is It Necessary? Next article: Utah Schools Prohibited From Asking Teachers If They Carry Concealed -- With Stipulations...