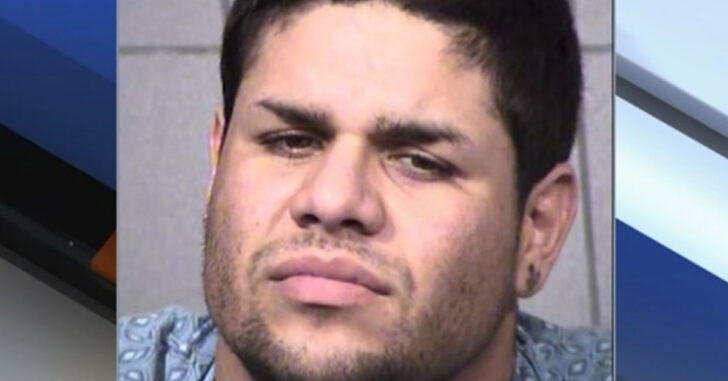 AVONDALE, ARIZONA — In a classic case of turning the tables on the bad guy, a woman luckily got the upper hand when she was able to get control over the firearm that her kidnapper was holding.

The kidnapper was also her boyfriend.

As reported by local media;

Avondale Police report that on March 6 they were contacted by a woman who was hiding at a Tolleson motel after her boyfriend, 24-year-old Jose Adrian Quintana, assaulted, choked and hit her with a handgun.

The fight stemmed from accusations of infidelity and Quintana allegedly refused to allow the victim to leave, court documents said.

At one point, Quintana allegedly forced the woman at gunpoint to drive him around Avondale and Phoenix before getting out of the car at an Avondale house. The woman told officers the suspect broke her phone during the assault.

As if this weren’t bad enough, things got even worse the next day. It isn’t clear whether or not the victim told police about the first incident right after it happened, or if she told police after what happened next;

The next day, the victim returned to her home with one of her kids to get a few personal items because she planned to stay with family, court paperwork said.

When the woman was walking up to the home, Quintana allegedly appeared from around the back of the house and ordered her to go inside, court documents said. The victim refused and requested that she be allowed to drop off the child at her parents’ house before going inside.

This would be a great time to have your own firearm, but the victim was not armed. It isn’t known whether she owned a firearm or not, but the boyfriend definitely had the upper hand during this incident. Until…

According to court documents, the man went with the woman to drop off the child and threatened to “kill everyone” if she tried to get out of the car.

When the child heard this and began to cry, Quintana turned to talk to the child. When his back was turned the victim grabbed his gun and got out of the car, court documents said.

After the woman got ahold of his gun, the suspect got out of the car and ran away while the victim shot at him three times, hitting him twice in the left leg. He left the scene but was located by police officers a short time later.

It’s risky business when dealing with domestic violence issues, and even more so when children are involved in the mix. This woman was able to take control of the situation, but not without it’s own dangers. Taking a firearm from a person is extremely risky business, but we are happy to see that the victim prevailed and escaped uninjured.

Quintana is facing multiple charges including aggravated assault, kidnapping, possession of a weapon by a prohibited person and criminal damage.

We hope that the victim has seen the last of Quintana, but no one can say that’s a certainty. It would be a good time for this woman to learn how to use a firearm, if she doesn’t know already, and get herself protected in a responsible way. Not just for herself, but for her child as well.

Previous article: Feb 2018 NICS Checks: 2nd Highest On Record Next article: AIWB Carry Makes This Guy Nervous When A Round Is In The Chamber