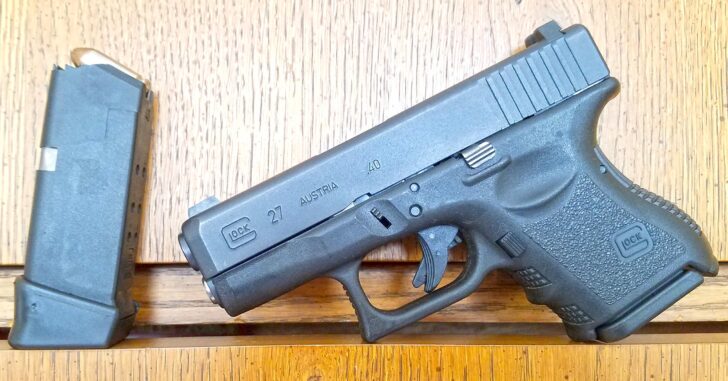 I will start off by saying that I always, one hundred percent of the time, carry a reload for my handgun. Usually just a single reload, perhaps a second reload if I am spending time in the woods or some such thing, but always at least one. When carrying my usual double-stack 9mm pistol I carry a spare magazine. When carrying my small revolver in those times when I need absolute discretion I carry a speed loader as well. I also spend significant time training my reloads and can do so from concealment faster than most. But what is the reality of needing to reload our handgun in a critical situation? Is it worth carrying a reload at all? Is it worth spending significant training time on?

The bottom line is simply this: in civilian defensive gun use reloads happen damn near zero percent of the time. Sure, they happen, but if we just go with statistics than it is not unreasonable for one to consider the carry of an extra magazine unnecessary, especially if carrying a pistol that has decent capacity to begin with. Now in law enforcement gunfights reloads happen far more routinely and having spare mags on one’s duty belt is a must. In civilian defensive gun use, however, reloading is exceedingly rare most often because criminals are taken by great surprise when an intended victim becomes an instant near death experience, or perhaps a final death experience. Most criminals don’t want any extra holes and when an attempted rape or robbery becomes a shooting gallery most bad actors suddenly remember that they are running late for a different appointment. So, that is the norm and most defensive gun uses do indeed end within just a few shots fired. Those that go beyond a few shots usually end when each party’s gun runs dry and anyone not dead runs away.

The second reason many argue that carrying a reload is a must beyond just having extra ammo is in the event of a malfunction that is magazine related. If the magazine goes FUBAR on you in the middle of a fight the only fix is a fresh magazine. This is indeed part of the reason I carry a second magazine, but I think if we want to be reasonable about it we are still back to the same question of do we need that reload or not and statistics say we won’t. Most of the time. Ultimately I think most concealed carriers are going to carry a spare magazine, or not, entirely based on convenience level. A second magazine, or a speed loader or speed strip for a revolver, takes up more room, and if you are a person who likes to role as lite as possible you are probably not going to do it. Based on statistics I don’t think you can be faulted for not carrying a reload, but I will continue to promote carrying one since I prefer to have and never need than to need just that once and not have and this is my philosophy with everything that I carry.

When we get into such arguments such as whether or not to carry a reload we have to be willing to admit that as people who carry a gun on a daily basis we are already the sort of people who like to be prepared for worst case scenarios that are not likely to happen often, if at all. Unless you have a very interesting profession you are probably not getting into gunfights on a weekly basis. So, many would consider us already unreasonable for carrying a gun to begin with (we all know those people unfortunately). But we know better. So goes my own approach to carrying a reload for the gun. I am unlikely to ever need it, but if I do need it I am already in a really bad situation that is going to certainly get exponentially worse if I don’t have the extra ammo that I need. Therefore, I carry a reload. I am willing to do this and I think you should too. However, if you are not willing to carry a reload and you do actually need to use your gun the stats tell us that you are overwhelmingly likely to be able to resolve your situation with just the ammo in the gun. So, make your choice.

Now, where I do offer a stronger opinion is in the training for reloads. I am all for investing time into training for a fast reload but the reality is I am not a proponent of incessantly training your reload skills if you have not yet gained good proficiency with the skills that are indeed statistically likely to be needed in defensive gun use. I see people get hung up on developing a good reload even before they have a proficient draw stroke. Go figure! As we have already analyzed, reloading in the real world is close to zero percent. But do you know a skill that is used almost one hundred percent? Drawing the damn gun!

If you are going to use a gun to defend yourself in a public place the gun is most likely concealed on your body and will remain there until the action starts. As armed citizens we are usually faced with defensive situations where we are reacting to action, so we are already behind the power curve. Our great savior is the element of surprise, hence the reason the armed citizen prevails the majority of the time. But one skill that is paramount above all is your ability to deploy the gun quickly once you have made that decision. Obviously the ability to shoot accurately under stress is also critically important. The ability to move and “get off the x” is also of critical importance. If you are not extremely proficient in these essential skills it is my suggestion that you don’t prioritize your reloads until you are. I also suggest that you get good at malfunction clearance as we do see malfunctions happen a lot in actual defensive incidents since guns often get unintentionally fouled when the operator is under stress. Such malfunctions actually happen more often than reloads.

So, in closing, I think an argument can be made either way for carrying a reload, or not. I fall on the side of being prepared for worst case, not just statistically more likely case, and that is what I will continue to promote. However, the opinion that I will stress is that you focus your training efforts on the more critical skills before worrying about acquiring that extremely fast reload. Once squared away with the essentials, then by all means, learn to get that gun reloaded and back in action within the blink of an eye.