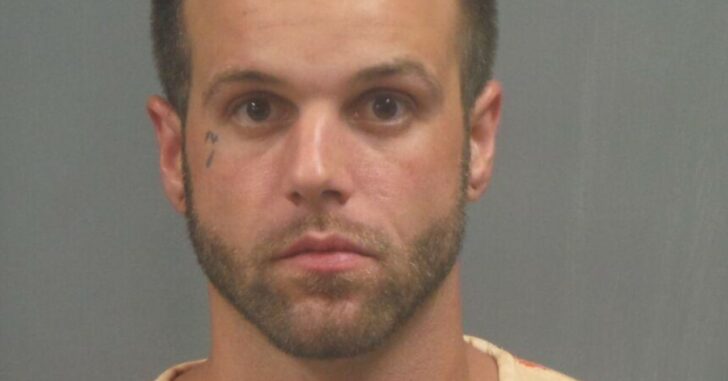 JEFFERSON COUNTY, MISSOURI — A homeowner fatally shot an attacker, and the suspect’s accomplice has been charged with murder. It happened around 1:40 a.m. Thursday in the 400 block of Sequoia Drive in Festus, inside the mobile home community of Sunset Pointe.

Jefferson County deputies were dispatched to the address for a reported burglary and assault with shots fired. Upon arrival, they found a deceased male with an apparent gunshot wound to the head lying on the steps leading to the front door. The man was pronounced dead at the scene, and was later identified as Wayne Roam, 36, of House Springs.

The homeowner told deputies that he armed himself with a handgun after hearing a knock on his door. When he opened the door, one of two men outside sprayed the homeowner with mace. He responded by firing multiple shots and called 911 to report the incident.

While deputies were on the scene, a vehicle was driven by the scene by someone who seemed very interested in what was going on.  One of the deputies acted on his training and instinct and ordered the driver to stop. Seeing something suspicious in the car, the deputy investigated further, and found that the two men inside were both wanted on outstanding warrants. The men, ages 29 and 37, were arrested.

One of the men, identified as 29-year-old Sean Ramsey of Festus, had blood on his clothing. Deputies surmised that he was the other man at the door when the shooting occurred and charged him with murder. In Missouri, as in many other states, anyone who is found to be in commission of a felony that results in death of another person one can be charged with murder…even if the other person is an accomplice in the crime.

There has been no mention of any possible charges against the homeowner, and the investigation is continuing.

As an important note, there are rare instances where you should be opening your door when someone is knocking at 1 a.m. Try to speak with them without opening the door and if anything seems off, stay inside and call police. The use of surveillance cameras also can play an important role in determining what’s going on behind that door, without putting yourself in a dangerous position.

Previous article: Brian Laundrie, The Person Of Interest In The Disappearance Of Gabby Petito, Is Now Missing - Lawyer Next article: Family Carjacked While Inside Store And Their 10-Year-Old Still In The Vehicle