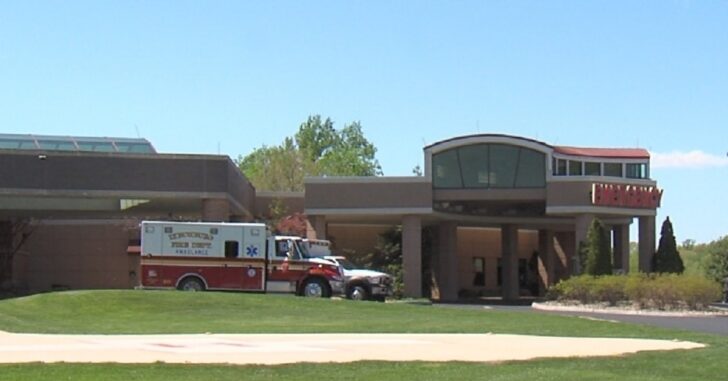 CAMPBELL COUNTY, VA — A man in Campbell County, Virginia decided that he didn’t want to put all of his chips on one metaphorical roulette wheel, and instead of trying to break into just one home, he tried to break into several, right next to each other, and see what stuck.

It’s not really a wise thing to tromp your way around the heartland of Virginia, just looking to see who’s armed.

That’s exactly what happened, and now one Jeremy Jones is lucky to have survived the ordeal.

As Campbell County reports via WLNI:

On February 24, 2018 (02/24/2018), at approximately 1:30 a.m., the Campbell County Sheriff’s Office received numerous calls on Ventura Drive in reference to an unknown subject banging on windows and attempting to break into residences. The Sheriff’s Office received an additional call from a homeowner stating that a male subject was breaking windows and now entering their residence through a window. The homeowner fired one shot, striking the subject, who then fled on foot.

The subject was later located had sustained a single gunshot wound to the upper chest. The subject, identified as Jeremy Maurice Jones, was treated by Lynchburg General Hospital for his injuries, and charged with trespassing and property damage. The case is still under investigation.

I don’t know the kind of dumb it requires to loudly call attention to oneself while attempting to commit a crime, but it’s a form of stupidity rarely seen even in criminal circles.

Not only are you drastically increasing the odds of being reported to police, but as you can see, it makes the possibility of being faced with an armed homeowner more of a probability than a chance.

My only guess is that this guy was not in his right, sober mind.