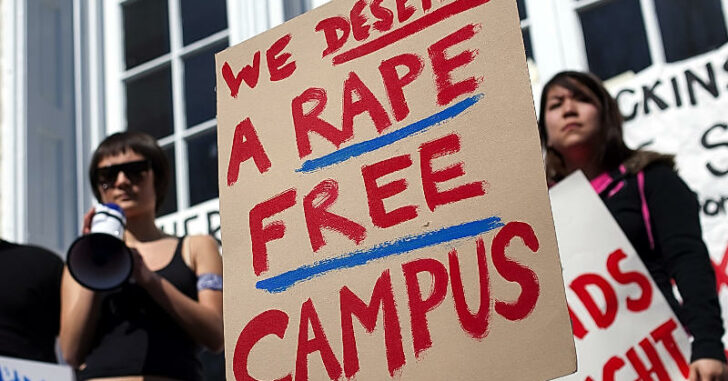 TALLAHASSEE, FLORIDA — When the debate comes up to the Florida Senate about whether or not to allow the passage of a bill which would allow concealed carry on campus, there’s another thing to consider: the reality of not allowing it.

A young woman who attends a Florida university was brave enough to come forward with an editorial piece for the Tallahassee Democrat.  She described the harrowing forced rape at knife-point on campus and the absolute lack of power to do anything about it.

“On Nov. 13, 2014, a man with a knife raped me on campus. I used pepper spray; it didn’t work. And now every time I look in the mirror and see the scars on my body, I am reminded of that night.”

She volunteers at the rape crisis center on university and supports carrying concealed on campus.  As a rape victim, she sees it in a completely different light then the senators protected by armed, sworn officers and private security, secluded in their chambers up in the capitol.

Outside of politics, outside of red or blue or whatever color people call their political affiliations these days, there’s a real need to reiterate one thing: the Second Amendment doesn’t stop at an imaginary line.  When it does, we’re no longer governed — we’re ruled.

And when it comes to personal protection, the right to self-defense is an inalienable right.  No one should be able to arrest you or charge you with a felony for protecting your life and well-being from someone intending to do you serious, bodily harm.

“I undergo continuous tactical training and I’m entering shooting competitions. I am a trained and well-armed woman. I will not be a sitting duck for a rapist or a shooter on a university campus that claims sovereign immunity when it cannot protect its students and continues to insist that students should not be able to protect themselves. I should not have to be unarmed and afraid in the place I work and attend class.”

Sounds about right, don’t you think?

If you have a moment, check out this young woman’s words.  They’re strong and they’re sure to resonate loudly in the minds of anyone who supports and defends our constitutional right to keep and bear arms.

Most importantly, the first step to a rape-free campus starts with campus carry.