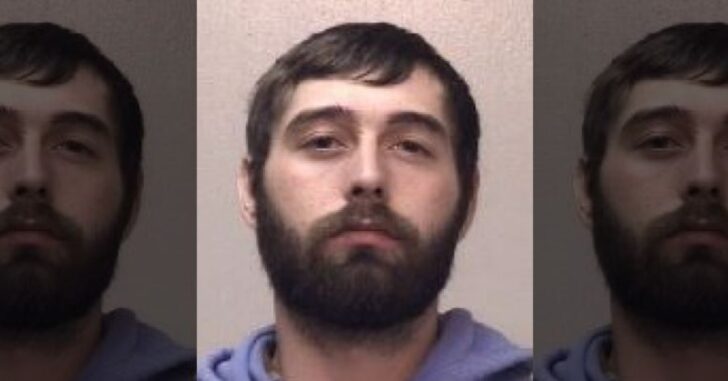 NEWNAN, GEORGIA – A man who approached and attacked a woman who was waiting in her car in a drive-thru apparently reconsidered his actions when she fired two warning shots into the air from a handgun. The assault took place just after 9:00 p.m. Sunday in the drive-thru of a McDonalds in Newnan.

Investigators say that a female driver identified as Kadiedre Keith was waiting for her food when a man identified as Brandon Lee Causey, 25, walked between the restaurant and Keith’s car. According to police, Causey sat his food and drinks on top of Keith’s vehicle and began to argue with her “for no apparent reason.”

The woman attempted to exit the vehicle, leading Causey to reach inside her vehicle and begin choking her. Keith fought back, punching Causey in the mouth before firing two rounds into the air from a pistol in her possession. Fortunately, no innocent bystanders were injured by the gunshots.

Following the gunshots, Causey walked to the front of Keith’s car, waited for police to arrive, and was taken into custody without incident. Causey was charged with aggravated assault, with the possibility of additional charges pending the completion of the investigation. He is currently being held in the Coweta County Jail. Causey also provided a false name and date of birth to police, but they were able to uncover his real identity.

Keith would have been justified in shooting Causey during the attack, as the State’s Stand Your Ground law states that citizens are allowed “to use deadly force to defend themselves, other persons or property based on a “reasonable belief” that such force is necessary to prevent death, bodily injury or a forcible felony.”