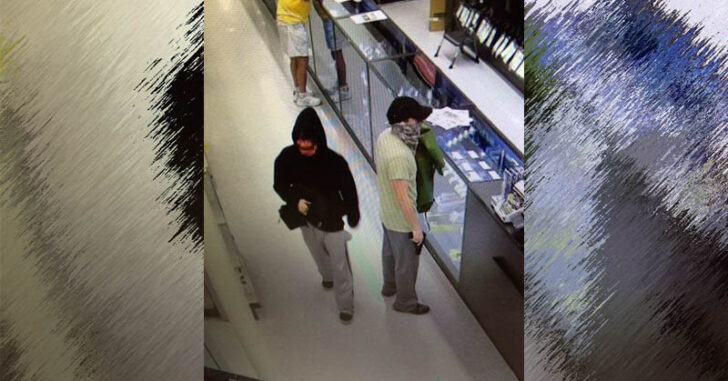 TOPEKA, KANSAS — On July 1st 2015, a new law went into effect that now allows Kansas residents to carry a concealed firearm without the need for a permit. This is commonly referred to as Constitutional Carry.

And it’s exactly what led to the effective termination of an armed robbery just days after the passing of the new law.

24 year old Joey Tapley carries a firearm without a permit in Kansas, and has been doing so for less than two weeks. Before that, it was illegal for him to do so.

Tapley also happened to be in Academy Sports the other day during an armed robbery where three teens entered and began to steal firearms and cash.

On their way out, however, they were met by Tapley who drew his firearm and demanded that they drop theirs. They did, but then took off on foot.

“I told him drop the gun man, mine is loaded , just drop the gun. We made eye contact for a second or two and he dropped two guns and ran,” said Tapley.

The three suspects, 16 and 17 year olds, were later caught by police. They were booked on multiple counts of aggravated assault, aggravated battery, and aggravated burglary and taken to the Juvenile Detention Center.

All stolen firearms and cash were recovered.

“Thats why Kansas made the law. So citizens can carry and protect themselves and others. I guess my instincts just took over,” said Tapley.

Because of a law-abiding citizen, coupled with constitutional carry, three thugs are being held accountable for their armed robbery.

Here’s to the Armed Citizen.