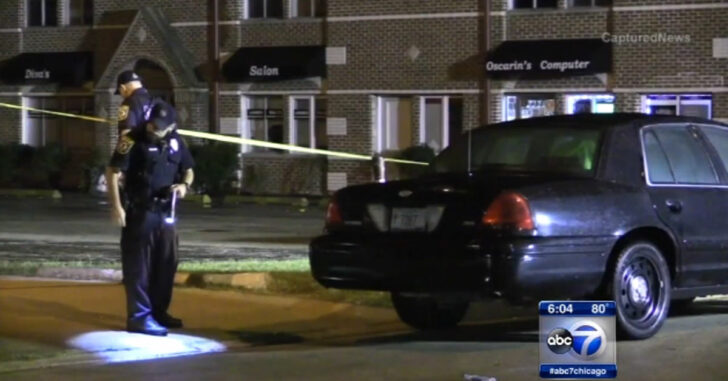 CARPENTERSVILLE, ILLINOIS — Two armed suspects violently robbed a computer store around its closing time. The store owner and manager were present and were tied up while the robbers pilfered through the cash. When the manager tried to resist, he was pistol-whipped by one of the thieves.

Thankfully, the manager managed to break free and get to his gun. He opened fire on the suspects, fatally striking one of them according to ABC 7 Chicago. As the owner described it, the manager held fire until he gave them a warning.

“He says to the guys, ‘Hey stop.’ When he says, ‘Stop.’ those guys tried to take the guns and my guy opened fire,” said Torres.

The remaining robber managed to get to his getaway driver’s vehicle and escaped the scene. The manager chased after, firing rounds at the vehicle. When police arrived, they confirmed that $15,000 worth of cash and merchandise had been taken.

“The store employee who did engage at least one of the robbery suspects in gunfire is cooperating with our investigation,” said Carpentersville Police Chief Michael Kilbourne.

We don’t advise giving chase out of the premises when dealing with the State of Illinois, but otherwise this guy deserves a pat on the back and a cold one.

No charges have been announced in regards to the manager.

Violent deadbeats with guns… It’s something every business owner has to worry about. This store owner got lucky: he had an employee with a gun.

For those looking to bring your guns to work, make sure you have some agreement in writing with your employer — either explicitly stated through an Employee Handbook or guidelines or otherwise through a signed and dated agreement.

This keeps you safe should you ever be called upon to defend yourself at your place of work.