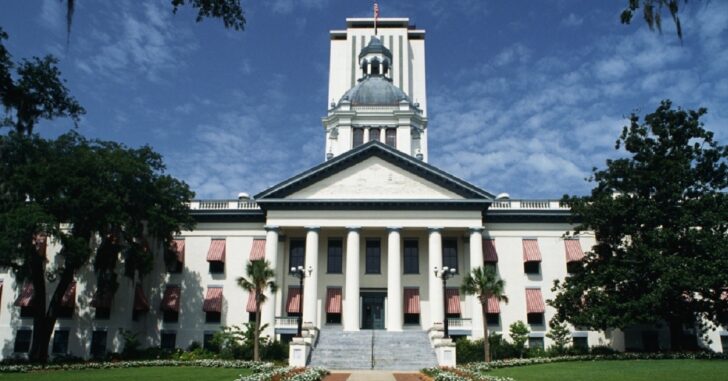 In a rather unsurprising move, Florida senators voted against the proposal to ban so-called “assault weapons,” Reuters reports.

However, additional measures taken by that same body to ensure school safety are certain to surprise many constituents.

Of course, the gambit to push “assault weapons” out of the great state of Florida was a gambit made in the aftermath of the Marjory Stoneman Douglas High School shooting that left 17 dead.

The proposed ban was to be an amendment of the much larger Marjory Stoneman Douglas High School Public Safety Act, which is expected to pass the Senate — ban-less — Monday.

That act will include an amendment to train and arm some teachers, and to many’s surprise, an attempt to strike that amendment out of the bill failed.

The proposed law is not, in spite of this, a Second Amendment win for the state of Florida, however.

According to Reuters, the bill includes a bump-stock ban, and lastly and perhaps worst of all, raises the age of legal rifle and shotgun purchases from 18 to 21.

Of course, all of that can only happen if Florida Governor Rick Scott signs the legislation once it lands on his desk, so we’ll have to see what becomes of that.

It’s a dangerous time to stand against gun control in the state of Florida — the pressure for regulation is enormous.

It is of little consequence that the firearm used was not an actual assault rifle, or that no bump stock was used, or that the shooter — who I will not grant the dignity of naming — didn’t even employ what some would consider “high-capacity” magazines, as the National Review reports.

The need for something to regulate is enormous, while the fact of the matter is the real change here will be in the empowerment of teachers to be armed and ready for any future incidents.