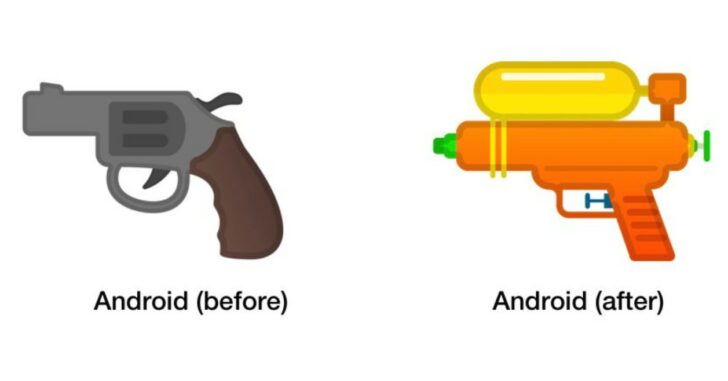 Google is rolling out an update to it’s Andriod users, and part of that is an emoji change of their firearm emoji. Instead of a pistol, it’s now… a squirt gun.

Emojipedia.com was the first to find the change, and they made a handy chart to see just how emojis have changed over the years in the world of the gun emoji. Most have switched to squirt guns, and Google likely made the change to be in-line with it’s other major competition.

According to emojipedia, Facebook is also going to get into the squirt gun game with a change coming up.

But what does all of this say? Is it really necessary to not show the likeliness of a firearm? Are people that inclined to go out and shoot someone because of an emoji that they use on the internet? Are we truly turning into a world filled with… wimps?

Back in the day, most High Schools in the country offered firearm classes. Heck, many students brought their rifles to school and kept them in their vehicles.