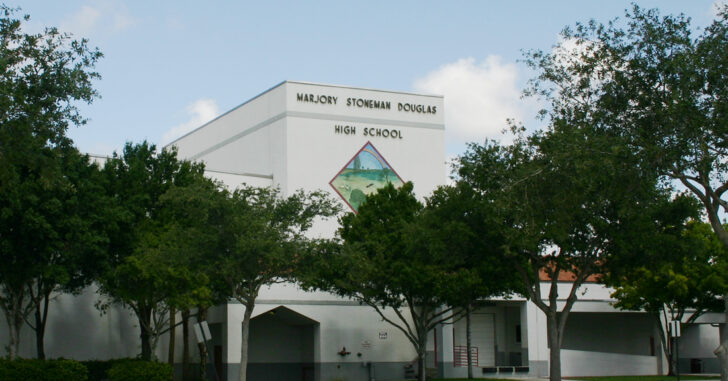 Details that have been revealed in the aftermath of last week’s horrific Parkland, Florida school shooting have revealed a Keystone Cops-like response to reports of the shooter’s disturbing behavior by the hapless sleuths at the FBI. Despite the gunman’s open declaration of wanting to shoot up a school and a variety of erratic behavior, the Fibbies utterly fumbled the situation.

But long before the gunman was first brought to the attention of the G-Men, before he was expelled from Marjory Stoneman Douglas High School, he displayed other behavior which, if handled properly at the time, would have prevented him from legally obtaining the the Smith & Wesson AR-15 he used to murder 17 people last week.

He had no criminal record and bought his rifle legally. He jumped through all of the requisite hoops every gun buyer is required to navigate including a federal background check. A background check which turned up nothing.

But he should have been a prohibited person. The New York Times reports that he was expelled from Marjory Stoneman Douglas High School for possessing knives on campus:

…..School officials declined to say why Mr. Cruz no longer attended Douglas High School. But Amanda Samaroo, whose daughter, Elizabeth, attended the school while he was a student there, said he had been expelled for bringing knives on campus. “Her friends have said he was known to always be mentally ill and would kill animals,” Ms. Samaroo said…..

The actual offense committed by the gunman may have been far worse. It’s been reported that he threatened or actually attacked the boyfriend of an ex-girlfriend with a knife. If prosecuted only for the knives on campus, that would have been a third degree felony under Florida Statutes, Chapter 790, Section 115:

790.115 Possessing or discharging weapons or firearms at a school-sponsored event or on school property prohibited; penalties; exceptions.—
(1) A person who exhibits any sword, sword cane, firearm, electric weapon or device, destructive device, or other weapon as defined in s. 790.001(13), including a razor blade, box cutter, or common pocketknife, except as authorized in support of school-sanctioned activities, in the presence of one or more persons in a rude, careless, angry, or threatening manner and not in lawful self-defense, at a school-sponsored event or on the grounds or facilities of any school, school bus, or school bus stop, or within 1,000 feet of the real property that comprises a public or private elementary school, middle school, or secondary school, during school hours or during the time of a sanctioned school activity, commits a felony of the third degree, punishable as provided in s. 775.082, s. 775.083, or s. 775.084……

Toward that end, in 2013 they created a “restorative justice” agreement (RJA) to usurp the role of police on all their school grounds.

The Broward County School board teamed up with a group of community partners this month to sign a collaborative agreement on school discipline. The agreement, first of its kind, establishes new guidelines for handling non-violent misdemeanor offenses on school campuses, outlining when law enforcement is necessary and when problems can be handled through school resources.

Representatives from the Broward County-Fort Lauderdale NAACP, Juvenile Judicial Circuit, Public Defender’s office and County Sheriff’s office, among others, signed the agreement with school board members in Fort Lauderdale.

Broward County Superintendent Robert Runcie says the new procedures are a common-sense approach that will give students the benefit of the doubt…..

Had the school reported the gunman and had he been prosecuted, he would have had a felony criminal record. That record would have prevented him from buying a firearm from an FFL dealer.

But the Broward County School District’s policy of handling even criminal behavior by its students internally kept police from charging the gunman — and no doubt others — with a felony. The BCSD believed that expulsion was an adequate response to criminal conduct, without considering future consequences. The cost of restorative justice turned out to have been unimaginably high.

Now, with seventeen dead bodies resulting from the district’s molly-coddling approach, Superintendent Robert Runcie and Sheriff Scott Israel – both signatories to the RJA – are calling for more gun control, all the while disingenuously ignoring their central role in enabling the purchase of the murder weapon.

Previous article: How Many Rounds Should You Keep With You While Carrying? Next article: Ex-Husband Is Shot And Killed By Friend Of Ex-Wife After Breaking In And Attacking Her