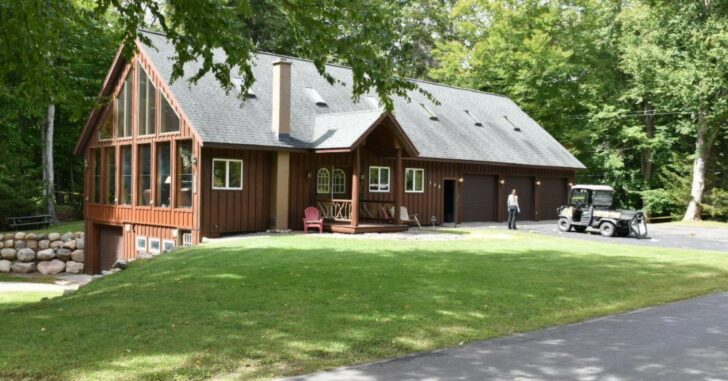 TOWN OF WEBB, NEW YORK — A man has been charged with murder and attempted murder after shooting two people in his Adirondack driveway.

43-year-old Stephen Swanton was at a party down the street from his home, where police say he was involved in an argument with two other individuals.

Those individuals shot, Scott Krempler, 50, of Patterson, NY, and William Robertello, 55, of Oriskany, went to the home of Swanton after he had left.

The preliminary investigation revealed there was an argument between Swanton and the two other men at a party down the road from Swanton’s house, which is about 3 miles north of Old Forge, Webb police Chief Ron Johnston said.

Then shortly before 8:30 p.m., police were called to a reported home invasion at Swanton’s residence, where he and the two victims once again were involved in a verbal dispute, police said.

During the dispute on the driveway, Swanton shot both men with a handgun, officials said.

Krempler died at the scene, while Robertello was airlifted to the hospital. He is expected to recover.

What transpired here isn’t known, but if Krempler and Robertello went to Swanton’s home to try and continue the fight, they’d be the aggressors. Did they have weapons? Were they threatening? These are the details that we don’t know.

What we do know is that the three men were outside in the driveway, which isn’t the location that Swanton should have been in. You can argue all day that he was defending his property, but truth be told, it’s always better to wait inside your home if a dangerous presence is outside.

If they cross that barrier, then all bets are off.

Until that happens, though, call police and wait for them to arrive. Nothing good usually comes out of confronting people outside of your home that are confronting you.

Hopefully more details will be released in the near future.