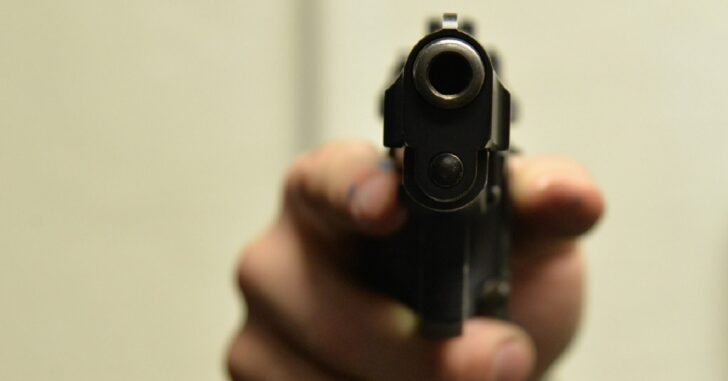 BUNKER HILL, WV — A man and a woman — presumably his spouse — were woken up in the middle of the night earlier this month by their dog, who was alarmed by the sound of a thug trying to gain access to the house, Herald-Mail Media reports.

The owner rose, produced his firearm, and fired two shots — neither of which, it seems, were intended to execute the use of deadly force in defense of the home.

Nico Eugene Mason, 25, of Bluebird Drive in Stephens City, Va., was taken to Berkeley Medical Center, where he was treated and released Sunday into the custody of the sheriff’s department, Keller said. Mason was charged with burglary, Keller said. Mason was being held Monday night on $100,000 bond at Eastern Regional Jail near Martinsburg, according to the jail records. The incident was reported to emergency-services officials Sunday at 5:39 a.m.

I have said it once, folks, and and I’ll say it again, as will other authors on this site: do not, do not fire off warning shots.

If your finger is touching the trigger in a home, self, or family defense situation, it’s because you have been thrust into a situation where the only way out is to employ deadly force to neutralize a threat.

Be judicious, but when you have to act, do not hesitate to do so.