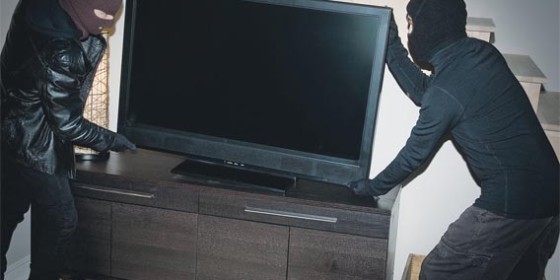 TAVARES, FLORIDA — As a man was walking out of his home with his wife Tuesday, he noticed a teen in his neighbor’s yard.

The man told police he went in his house to arm himself and then went over to the neighbor’s home. He says he watched the teen bring a TV out of the home through a broken window.

The man then told the teen to stop and to get on the ground, which the teen refused. Instead, the teen allegedly charged at the man, which prompted the man to fire.

More likely than not, the man wouldn’t have shot had the teen not charged at him.

If you think about it, this is a pretty tricky situation. Here are a few scenarios that I can think of… and how I think I would react:

1) If I knew that my neighbors were home at the time of the invasion, I would likely confront the suspect. Even then, you’d have to be extremely careful with any bullets that might come out of your firearm, since other people would be inside the home.

2) If I knew that my neighbors were not home at the time of the invasion, I would likely sit tight in a safe location and call police to report the crime. I would give as much detail as I could so that police could find the person responsible. What if the teen was armed? I’m not about to get shot over a TV.