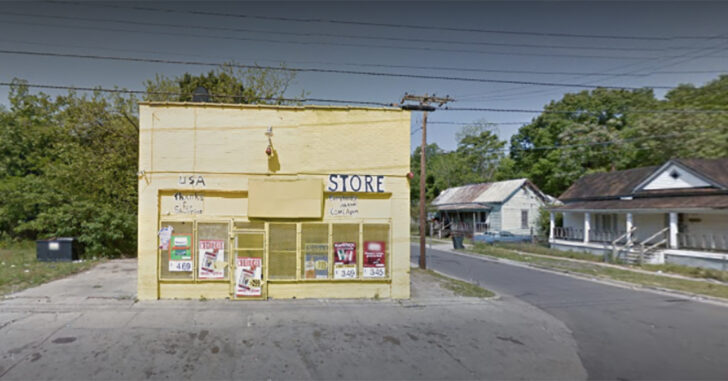 There are probably convenience store clerks working late who don’t arm themselves — mostly those who work for chains that prohibit employees carrying on the job — but we wouldn’t be amongst ’em. The USA Store in Kinston, North Carolina is a little neighborhood corner store that stays open late to accommodate their customers.

That also make it a juicy target for stick-up men looking for an easy score. Last week . . .

But the two doods didn’t count on the clerk packing a pistol.

The two desperados took off into the night as soon as lead began flying in their general direction and haven’t been caught yet.

Police say they got away in a silver vehicle.

Good on the store clerk. If we had one piece of advice, it would be that following the fleeing felons out into the night isn’t a good strategy. In fact, it’s a good way to get shot. Better to lock the door and dial five-o. Still, a job well done.

Previous article: Club Security Guard Shoots, Kills Man Who Threatened Him With a Gun Next article: WRITER SERIES: The 5 Most Important Things I’ve Learned Since Carrying A Firearm - Dan Zimmerman