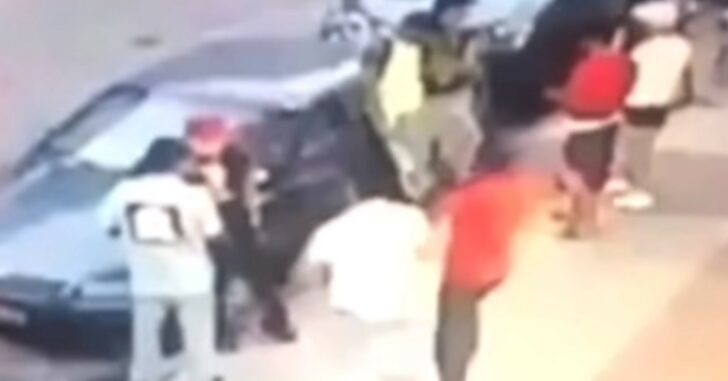 Man oh man, this is a serious beatdown that was caught on camera in New York.

While the victim in this case wasn’t armed himself, there are a lot of lessons to be learned from this video, as John from ASP walks us through.

One thing I’ll mention that wasn’t discussed in the video is a valid point in my mind. If a police officer or armed citizen happened upon this incident during the beatdown, these folks could open themselves up to being tazed or shot, as they could be seen as the aggressors. I’m not saying that it would be wise for an armed citizen to draw his or her firearm at a group of people as large as this, but I’m just stating this as a ‘what if’ scenario that we should think about at least a few times in our lives.

Make sure that we know what’s going on as best we can and if you ever were to come upon something like this, the best route is to pick up your phone and call 911 so that police can come out and handle the situation.