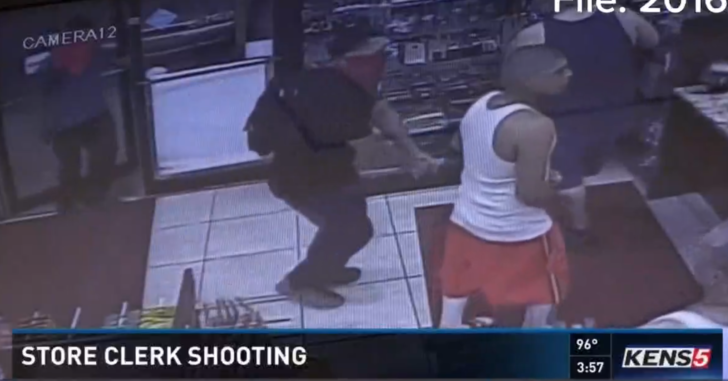 SAN ANTONIO, TEXAS — Two customers inside a gas station gave an armed robber a one-two punch of lethality. During an armed robbery attempt, one customer tasered the robber, and the other shot him with a firearm.

At around 6:30 Tuesday night, police were called to a gas station on Culebra Road near Loop 1604. According to police, a man showed a gun and appeared to threaten the clerk.

There were two customers in the store at the time and one of them saw the threat and used a taser on the man. Another customer shot Sanabria, who died at the scene. According to police, the would-be robber did not fire his weapon.

“They took matters into their own hands, and were willing to make decisions and live with whatever consequences that came with that,” the officer at the scene said. “At the time if they felt that that was a threat that needed to be addressed… then those are decisions that could be seen as commendable, but a robbery did not happen as a result.”

I am not sure what the armed robber was thinking. After all, this is Texas. Two of two customers inside the store were armed and prepared to defend themselves. One customer came with a taser, the other with a gun.

Police are not releasing the names of the two customers. We also don’t know which customer took action first; and that could pose a problem for the shooter. If the armed robber was tasered and left incapacitated, then there was no need for him to have been shot.

Police have not determined if charges will be brought against the shooter, but right now it is being investigated as a case of self defense under Texas law.

Previous article: Teen Shot And Killed While Attempting Armed Robbery During Illegal Gun Sale Next article: Woman In Jail After Shooting Man Attacking Her, Man Set Free, All Because She Doesn't Have A License To Carry