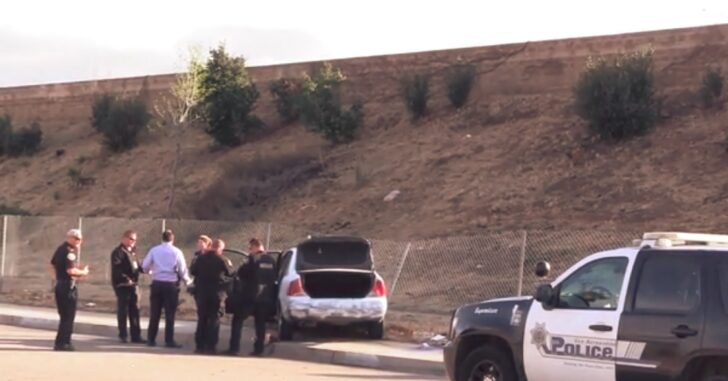 SAN BERNADINO, CA — A San Bernadino pawn shop employee was shot and killed in a gun battle with two armed robbers that occurred last Wednesday, according to The Sun.

Normally, when we report of attempted robberies against pawn shops it’s good news — not this time.

As The Sun reports:

Jason Cullen, 32, of Highland was shot and fatally wounded in the robbery attempt just before 1 p.m. Wednesday, Jan. 10, at the pawn shop at 2601 Highland Ave. in San Bernardino. Police had previously identified Cullen as a pawn shop employee.

The suspects then opened fire, police said, and employees at the store fired back. It wasn’t clear whether the robbers were wounded during the shooting, which some witnesses said unleashed between six and 10 bullets.

The armed men fled, driving south on Valaria Drive, but crashed their car at a fence at the 210 Freeway, officials said. Authorities briefly closed the freeway during the search for the suspects. Police said the suspects then fled on foot into a nearby apartment complex, but were not found.

This is the first time that I can recall robbers attacking a pawn shop and they were not, in fact, soundly beaten. The loss of an innocent life defending himself and those in the store is an unabashed tragedy.

Above all that, we have the question — why?

I don’t mean “Why did these youths go wrong?” I mean there is one huge component missing from this attempted robbery.

Where the hell is the theft?

The report didn’t include any reported items stolen or mention any looting, and from the sound of it this went from perfectly calm to gun battle pretty much instantaneously.

What was the plan of the attackers to start?

We’ll have to pay attention to developments.