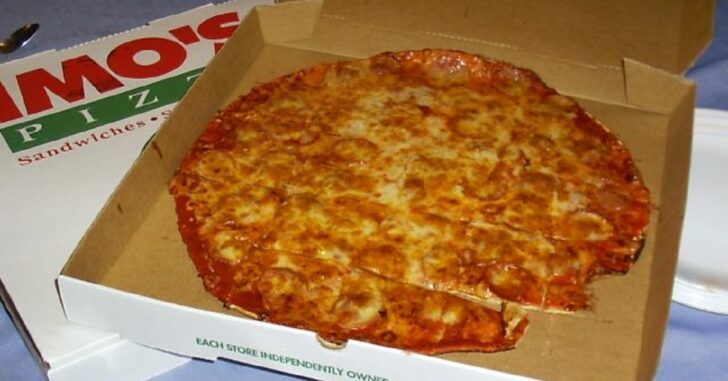 ST. LOUIS, MO — In a city rife with crime, another deadly encounter nearly took the life of a pizza delivery driver.

Fortunately for him, he was armed, and when it came to see who was the better shot under pressure, the driver or one of the two robbers that threatened his life, the robber came up short.

Police say they were called to the 4600 block of Spring at around 11:30pm for a report of a shooting. The victim, a 41-year-old caucasian man, tells police that he was in the process of delivering food when two men attempted to rob him.

One of the suspects struck the man in the head with a firearm. The same suspect started to fire shots at him when he ran back to his vehicle. The delivery driver returned fire with his own handgun and was not hit during the gunfight. The second robber left the scene on foot.

The pizza delivery driver was able to return to work after the attempted robbery. That is where he called police. He is suffering from a cut to his head… Police believe the shooting was justified and the death of the robber does not count toward the city’s total homicides. The city stands at 191 homicides for the year.  Justified cases include self defense and fatal police shootings.

Can you believe 191 homicides this year? It’s absolutely staggering. It’s better than one homicide every two days.

I’m certain that the St. Louis police are doing their best to keep the peace, but the fact is this terrifying murder rate will only be changed when more responsibly-armed citizens take to the streets in their everyday lives.

Guns save lives, people. Wicked people, and societies that permit their prosperity, endanger them.

Previous article: Pistol-Packing Arby's Supervisor Takes Down Crook With a Glock and a Dodge Challenger Next article: Know What You're Getting Into: Armed Citizen Intervenes In Armed Robbery, Gets Shot Five Times