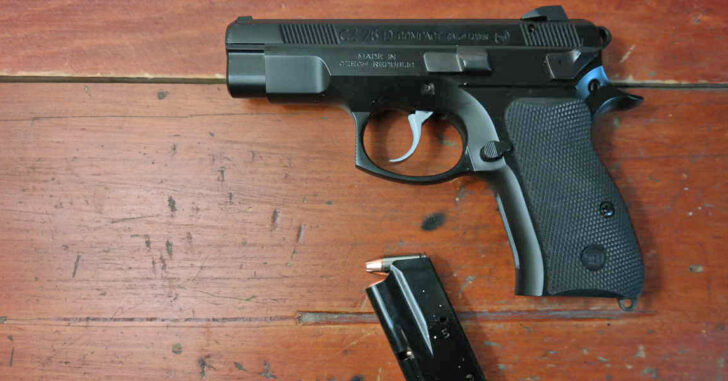 A reader recently asked us, “is it bad to dry fire my gun?”

But before you get into the habit of dry firing a gun, do take the time before hand to properly inspect it to ensure no round is loaded in the chamber. The only real threat in dry firing a gun is failing to inspect it for live rounds first.

For a pistol, this can be as easy as ejecting the magazine, racking the upper receiver to the rear, and inspecting the chamber.

This where people mess up.

They eject the magazine and just assume that the chamber is clear. The chamber is never clear until you visually inspect it to ensure it is empty. It’s super simple and, honestly, dry firing is a great way to gain a basic familiarity with how a gun works. There’s no risk — so long as it’s unloaded — and it can even be a fun additional component when practicing drawing from your everyday concealed carry holster. Rounds cost money. Every bullet that leaves the chamber can equate to nickels, dimes, and even quarters. For people on a tight budget or tight schedules, range time can only come maybe one or twice a month. Dry firing can be a useful tool in determining the viability of holster location and basic technique. A big component: make sure the pistol is always pointed in a safe direction.

Round or no round, it’s a necessary habit to continually reinforce as a concealed carrier. If the gun is pointed in a direction where no one can be hurt, you are building that habit of never pointing a gun at anything you do not intend to shoot.

If you’re out in the middle of the woods, practicing your draw, focus on a central target like a tree. You can put up a paper target, if you want, or just mark a spot. In either case, dry fire is a nice way to complete the action. You can draw from your holster, gain proper sight picture and alignment, and pull the trigger. This helps develop that raw muscle memory.

Dry firing, in my opinion, is a necessary component of responsible concealed carry. Mated with the basic principles of firearm safety — including ensuring the gun is empty and you’re never pointing it at anything you do not intend to shoot — dry firing can only help you develop that defensive mindset and defensive skill set that can serve you later in life.