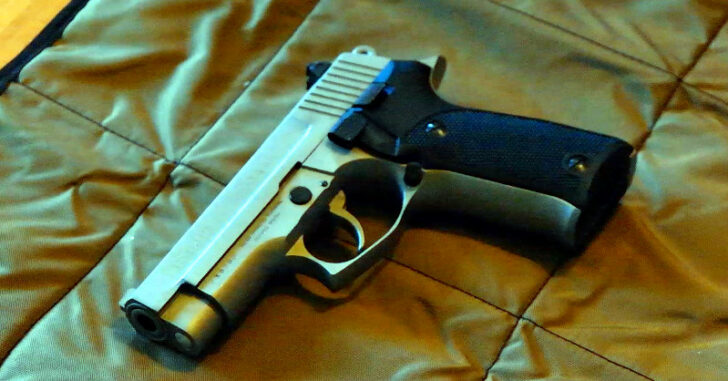 Just barely a week after New Hampshire residents have been granted permitless concealed carry in the Granite State, I’ve gotten several e-mails in regards to those who still have permits and travel frequently out of state.

We still have a pistol & revolver license (PRL) that acts as our concealed carry permit while we are outside New Hampshire. The issuing authority for that hasn’t changed. You still need to go through your local town police chief.

The good news is that any renewed or issued license now lasts five years instead of four. Our reciprocity agreements with the other states also hasn’t changed.

According to the Division of State Police, we’re still covered in 28 states. The states that acknowledge our pistol/revolver license are as follows:

The states marked with an asterisk (*) denote states that require permit holders to be 21 years of age or older. Some particular exceptions may apply for those in active duty armed forces but, for that, I’d recommend checking with their issuing authority before pushing the issue.

Out-of-state residents can still obtain a New Hampshire Non-Resident Pistol/Revolver License. For those interested, you can apply through the New Hampshire state Division of Police and the process is pretty simple.

While it’s pretty cool we can carry concealed in New Hampshire, we are still obliged to follow all the normal rules. We are not a ‘duty to inform’ state, per se, but most police and state troopers appreciate the heads up.

It’s weird to think about it but only a year and a half ago, Maine got their permitless concealed carry measure passed into law. Prior to that, a New Hampshire Pistol/Revolver License holder couldn’t travel across northern New England without having at least two different concealed carry licenses on him.

Now, we can travel freely from Bangor to Burlington.

Southern New England is still very much against acknowledging our right to carry across state lines. Passing into Massachusetts with a concealed carry handgun is a felony offense. That’s a quick way to lose your right to carry.

Additionally, Massachusetts, Connecticut, and Rhode Island all have restrictions as to what types of handguns you can carry. Neither Massachusetts nor Connecticut allow more than 10 rounds of ammunition loaded into a magazine. These are serious considerations permit holders in New Hampshire need to make.

There’s never been an education requirement to obtain a Pistol/Revolver License in New Hampshire so new gun owners and concealed carriers need to stay informed on the laws not just governing their own state but the states they intend to travel within.

Stay safe and don’t worry about throwing a jacket over your holster.

Previous article: Gun-Free Europe Finding Out The Hard Way That Criminals Still Kill Next article: To Purchase A Gun, You Need A Background Check -- Why Not Get Rid Of The Illinois FOID? One Legislator Agrees...