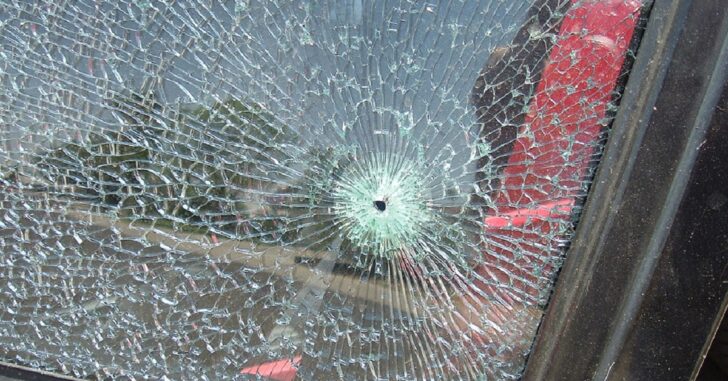 NASHVILLE, TN — There is really something to be said for the sheer power of unbridled, unfiltered anger — and it’s so rarely a good thing.

Earlier this month, a man was so angry with his former partner that he took the fight to the road, and recklessly endangered his own kids’ lives.

As the Antioch Patch reports:

On Saturday, the man was attending his son’s youth football game at Overton High School, during which he began arguing with the mother of his children, from whom he is estranged. The mother’s new beau was also at the game and the argument eventually grew into a larger fracas, with the groups eventually separated.

Eventually, the children’s mother, the new boyfriend and the son and the daughter left the game, traveling with the mother’s cousin and another juvenile. While driving down Franklin Pike, the mother told police she saw her ex following and trying to hit her car.

The woman said she heard gunshots coming from her ex-boyfriend, shattering the rear window. The new boyfriend the rolled down his window and fired a few shots at the pursuing car, which ended the chase, according to an affidavit.

The father is charged with six counts of aggravated assault with a deadly weapon, two counts of domestic assault and a probation violation. He is current in Vanderbilt University Medical Center receiving treatment.

The family will remain anonymous here for the sake of he children affected.

Folks, there are no words. Who endangers their own children?

It’s not only immoral, it’s counter-instinctual. “Protect the young” has been smashed into every mammals DNA for all recorded time, yet this moron is so seized with rage that he turns deadly force against his own children.

There’s no punishment too severe for a man like this.