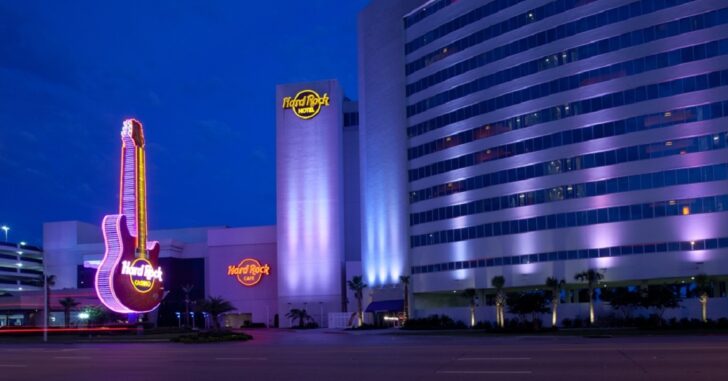 BILOXI, MS — A man accidentally shot his friend during an altercation outside a casino involving two other individuals, reports WLOX.

Police report that the two were leaving the casino when they got into an altercation outside in the parking lot.

The altercation progressed to the point where shots were fired, and the man ended up grazing his friend.

“There were cops everywhere. I’ve been out here for years and I’ve never heard or seen anything like that,” said an anonymous cab driver who was working that evening according to WLOX.

The casino also gave a statement regarding the situation:

“We are aware of an incident which occurred in our parking garage early this morning and we (are) cooperating fully with the Biloxi Police Department as it proceeds through its investigation. The altercation was a result of a dispute among individuals. We wish to underscore that the isolated incident did not occur inside our casino and in no way affected the safety of our patrons.”

Sure. A shooting occurred in your parking lot and no patron was in danger. OK.

Glossing over that, we do need to get into the meat of what happened here, because it’s important.

The point is, folks, the basics of firearm safety have to be followed, always. Mistakes lead to causalities, like this.

No one wants to be the guy who shot their buddy.

Previous article: Why You Need A Pocket Pistol, Even If You Don't Pocket Carry Next article: Elderly Couple Shoot Suicidal Man After He Drives Car Into Their Home and Started Shooting