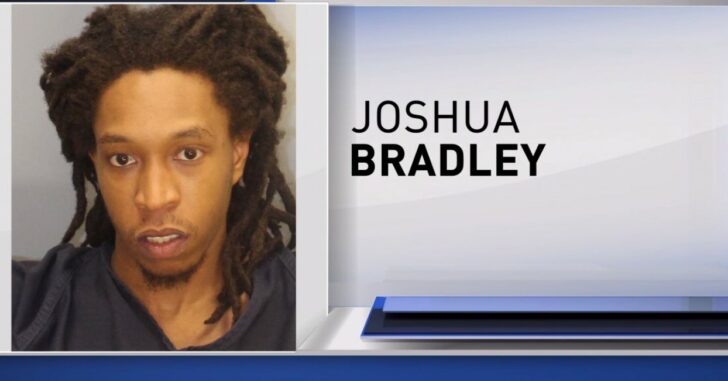 COLUMBIA, SC —  A man is faced with some serious charges and faces some serious embarrassment following a failed robbery attempt against a 60-year-old man, according to WLTX.

Joshua Tyler Bradley, 22, was apprehended after attempting to rob an unnamed victim — he pulled a gun on the elderly man, and it did not go the way that he wanted.

Bradley allegedly attacked the elderly man in the middle of the night last month and demanded money. In addition, he punched the man in the face.

If you’re dumb enough to commit a crime, take this advice — don’t try to multitask.

The victim didn’t have a gun of his own, but he didn’t see much of a problem taking the bad guy’s.

The two ended up in a fight over the firearm, and the 22-year old lost that fight. He got shot twice in the leg, according to WLTX.

The young thug was fortunate to escape the incident with his life, and was taken to the hospital with non life-threatening injuries.

Bradley was charged with first degree assault and battery, along with pointing and presenting a firearm.

Ideally, this situation would have seen the elderly gentleman responsibly-armed to counter the threat, but this guy apparently didn’t need it this time.

For those of us who aren’t, well, ninjas of some sort of another, or well-versed in deadly close combat, it might be best to carry a firearm to defend ourselves with from thugs like Bradley.

Seriously? Who is this guy? I want to shake his hand.

This story is amazing, and there are folks out there that need to see it! Please share this story on Facebook and Twitter and let us know what you think about what happened, and tag a friend!

Previous article: #DIGTHERIG - This Guy and his Smith & Wesson M&P Shield 9mm in an Alien Gear Holster Next article: Intruder Keeps Advancing, Is Shot By Homeowner