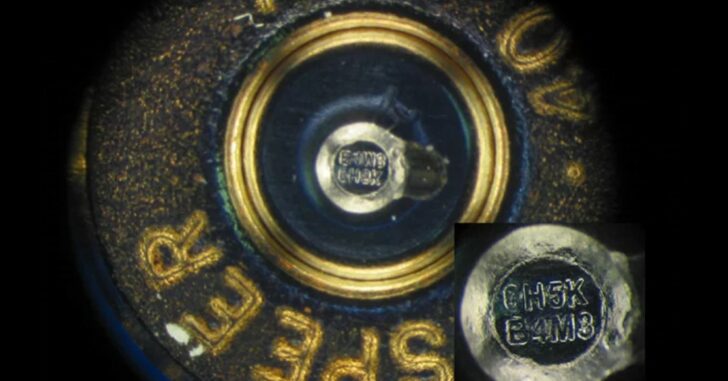 BY CARL BUSSJAEGER via TTAG

New York Assemblyman Felix Ortiz is a legislative genius. When last we checked on his work, he was planning to GPS-enable every new gun in the state, and require firearm owners to have just the sort of insurance that the state was busily shutting down. Amidst all of that, I somehow missed another one of his bills.

That’s all bad enough. Basically, it would require every single, individual cartridge in the state, for handguns and “assault weapons,” to be stamped with a unique identifying code and tracked from point of manufacture to the end buyer. In other words, microstamping and individual bullet registration.

Even better: the law, if passed, would outlaw current stocks of ammo. Anyone who possesses “non-coded ammunition” must dispose of it no later than January 1, 2022. Possession of such verboten gun food would then be a class A misdemeanor, good for a year in prison.

Obviously, no ammunition company is going to take on the logistical nightmare and expense of registering and tracking serial numbers for New York. They simply won’t sell there. Manufacturers in the state would pull out or shut down.

The computer industry will probably enjoy the business, though, as companies compete for the fat government contract to build a data center cable of registering and tracking millions of individual rounds every year — assuming someone bothers to service the NY ammo market. It would likely require a facility on the near scale of the NSA’s Utah Data Center.

As I was reading the bill, an interesting point struck me. I ended up going through it multiple times to be sure, because something I usually see in these victim disarmament schemes doesn’t seem to be there.

There is no exception in the bill for law enforcement or the military.

Should this monstrosity pass, I’m going to invest in popcorn futures. The show, when law enforcement realizes this applies to them, will be extremely entertaining. Passage will not endear the legislature or the governor to the police.