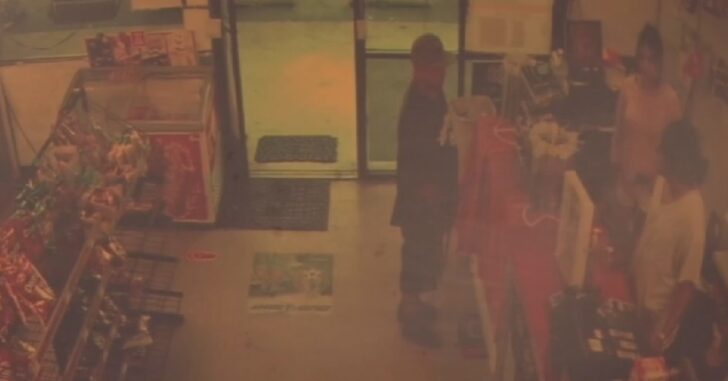 VICTORVILLE, CA — Most crime experts will tell you that criminals are not, generally, the smartest part of any given society. It makes sense — who wants to risk their freedom to make a buck?

Well, this would-be robber from California decided to reinforce the dumb criminal stereotype.

According to ABC 7, one thug entered a store and asked to buy a single cigarette.

That’s right. Just one. No need to over-indulge. He’s trying to cut back, really. Just need that extra one to help get me though the day, sir.

When the store clerk said what everyone else on the planet knows — that he couldn’t sell a single cigarette, the thug pulled out and brandished a handgun.

Now, before we go on, let’s pause and think about this for a second.

One of three things happened.

His demeanor quickly changed when the clerk also pulled a firearm. He ran like hell, pausing only to put a shot in the store’s front window… ’cause reasons.

No one was injured by this idiot, thankfully.

Previous article: NYC Not Renewing Concealed Carry Permits, And No Reason Is Given Next article: Man Goes Into Trailer And Beats Another Man With Stick, Gets Shot For The Assault