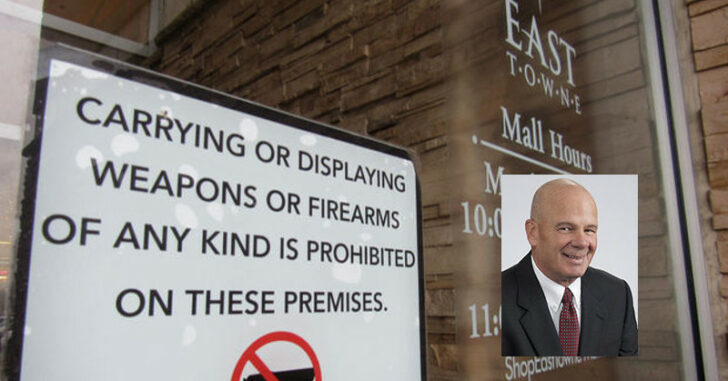 MADISON, WISCONSIN — Following the disturbance of a man being shot inside a nearby mall, GOP lawmakers are increasingly viewing concealed carriers as a potential solution to this problem.  As Wisconsin Rep. Bob Gannon (R-Slinger) said in a statement:

“Wisconsin does not have a death penalty law, but with significant practice and careful aim, law-abiding citizens can help clean our society of these scumbags.  Criminals no longer have any fear of our courts or our prisons, so it’s time that the citizens of this fine state stand up and fight back.”

Of course, not everyone from the fine state of Wisconsin agreed with Rep. Gannon’s sentiments.  As the Journal Times pointed out, some called this as promoting vigilante justice.

“…We should be making guns like the one used at East Towne Mall more difficult to obtain for those who abuse the law.”

For those unfamiliar, a group of gangbangers decided to start a major brawl inside a large shopping mall in the middle of the holiday season.  One of the idiots pulled an illegally obtained handgun and shot another in the leg.  Police have had absolutely no luck getting any of them to talk — including the victim of the gunshot wound.

via the Wisconsin State Journal

”He has been very uncooperative,” police spokesman Joel DeSpain said of the victim. “He won’t tell us anything we need to know. We believe he knows who shot him, but we’re not getting any information from him.”

But there’s no way a gunfight could break out in a crowded shopping mall with hundreds of families and holiday shoppers milling about because the East Towne Mall is a “gun free zone”!

See?  The shooting couldn’t have happened.  And those gangbangers are actually fine, upstanding model members of society. /s

But what if that fight decided to spill over into any number of other people who absolutely had nothing to do with this quarrel?  Well, every concealed carrier in that mall is automatically at a disadvantage because he or she is theoretically not supposed to have his gun on him.

The mall, filled with hundreds of people during one of the busiest shopping days of the year, was sent into a panic after gunfire was heard, witnesses said. Police said a ricocheting bullet struck the pant leg of a mall employee, but the person was not injured.

This is unsustainable, folks.  We can’t just keep going on bowing our heads to every single violent criminal who doesn’t care about the well-being of others — he just wants to be big man on the block.

Well, here’s a good block to be put up on:

“[A] gang banger in the mall with a gun is going to think twice if there could be a law abiding (concealed carry weapon) holder standing behind them fully prepared to shoot center mass, as this is how you’re trained to eliminate the threat these creeps pose to you, your family, and all law-abiding citizens unwillingly dragged into their public crime spree.”

It’s good to see at least one Wisconsin politician taking the issue seriously versus the “pie in the sky” approach of some of the others.  Restricting the legal access of guns to law-abiding citizens is not going to stop this problem.