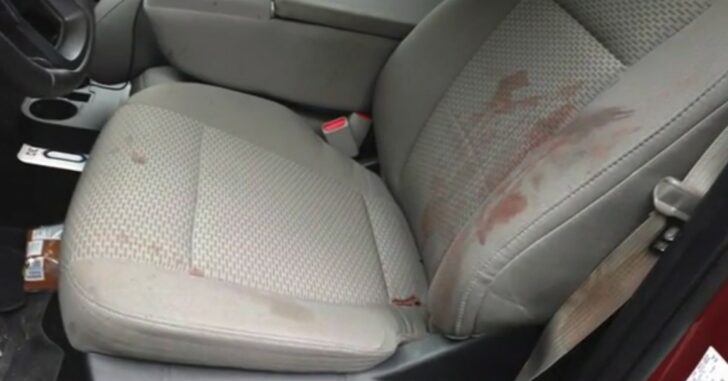 MOLINE, ILLINOIS — In a story that we brought you last week, we saw a woman defend herself against a kidnapper with a large knife in a parking lot. Now, the woman gives the whole story and shares the experience with everyone during an interview with local news.

Her Glock 42 saved her life that day.

“The grace of God is what saved me, and the sense to have calm, and have my weapon, ” Diane McIntire told a reporter during an interview.

What we didn’t know is that the kidnapper, 61-year-old Floyd R. May, made McIntire drive for 20 minutes until he made her pull over on a rural part of the road.

“He apologized for the cut in my arm,” she said.

“He also said I know you can identify me. I know it’s kidnapping.”

Watch her interview below:

The initial story tells us that McIntire was able to get her gun and point it at May, which ultimately made him flee to a nearby home.

For the whole car ride, she didn’t have a move to make until May made a crucial mistake.

She says May retreated to a house, and she took off in her truck. She drove herself to a hospital, and called police.

“I didn’t want to take a human life, if I didn’t have to. If he took one more step toward me, my finger was already squeezing the trigger, and yes, I would have shot him. There’s no doubt in my mind,” she said.

There is no telling that McIntire’s fate would have been if she didn’t have her Glock 42 with her — and what would have happened if she were unable to get to it.

McIntire made the decision to get her concealed carry permit three years ago. Back in 2013, Illinois became the last state in the country to allow it’s citizens to carry concealed. With this timeline, it wasn’t long after the law was enacted that McIntire applied for her permit.

And if Illinois hadn’t passed concealed carry, McIntire may not have made it out of this terrible situation. It goes to show how important it is for citizens to be armed, if they choose, to defend themselves when they need it.