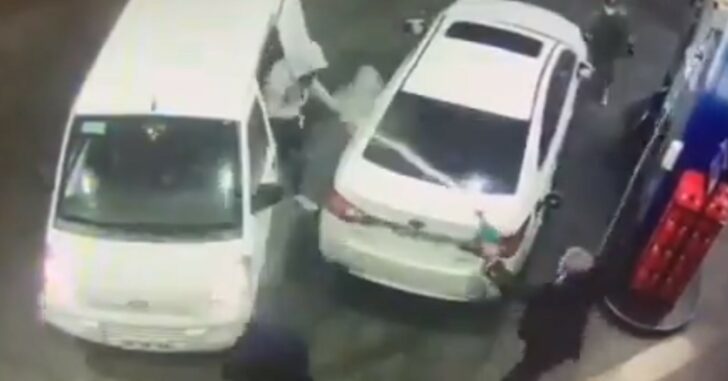 There are many ways to defend yourself, and we typically discuss the use of firearms and other non-lethal tools such as pepper spray.

But gas straight from the hose? That’s a new one, but it’s exactly what happened to these four criminals as they tried to rob a man as he filled up his car.

Take a look at the video below and then keep scrolling.

One thing is for sure; you don’t need to be deadly accurate with a gas pump, as he seemed to hit each of his targets and then some. I’d be nervous about a lot of things, particularly catching on fire, but I could see this being a quick decision I’d make in a pinch.

I hope the gas station didn’t make him pay for all that weaponized gas, but if they did, it was worth the price.

Previous article: Tense Standoff Between Armed Man And Police Show Us Just How Difficult Their Jobs Can Be Next article: UPDATE: Shooting At Oneida Casino In Wisconsin, 2 Dead 1 Injured, Suspect Killed By Police