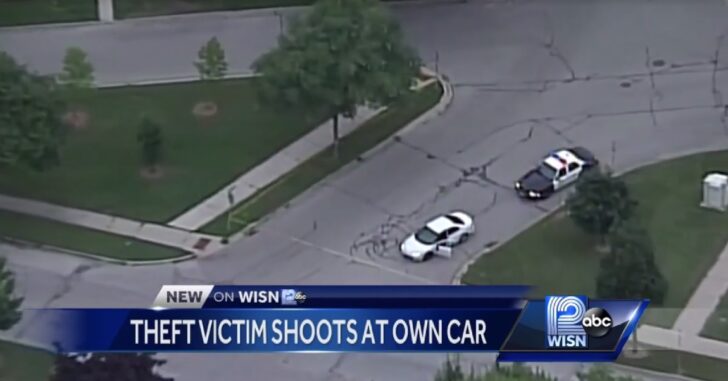 MILWAUKEE, WI — When a car owner saw what he believed to be car thieves going after his own car, the concealed carrier cut loose.

It happened around 5:05 a.m. Friday near 85th Street and Keefe Avenue. Family members told WISN 12 News that the resident caught someone trying to steal his gray car.

The car owner, a 24-year-old man, fired shots at the suspects. They then drove away in the same car they came in. Their white car was found abandoned nearby at 86th Street and Lisbon Avenue.

The suspects are a 16-year-old boy, 17-year-old boy and 22-year-old man. They were all taken into custody.

It doesn’t appear that anyone was hit by gunfire.

The car owner who fired the shots is cooperating with the investigation. It’s unclear whether he will face any charges. Family members told WISN 12 News the man has a valid concealed carry permit.

Now, these car thieves are suspected, but given the circumstances, it seems fairly likely that they were trying to do what it was believed that they were doing.

Now, there has been some argument over this among the little of the gun community in which I reside — is it appropriate to open fire on someone when your car — and just your car — is in jeopardy?

Some say yes, and some disagree — saying it’s only property, after all.

It’s certainly a hard call to make, but this carrier definitely knew what side he came down on.

What do you think?