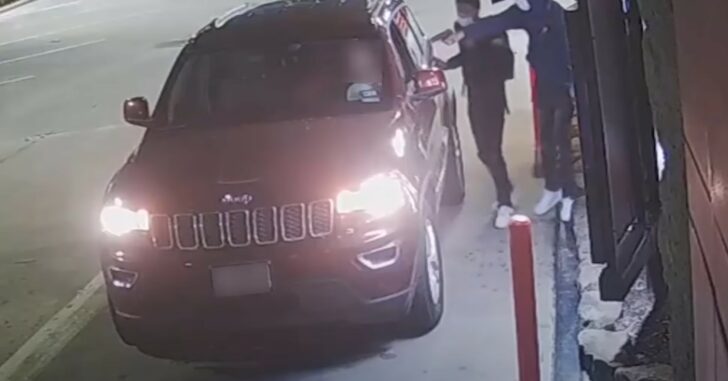 It’s been a long time since I’ve been in a fast food drive-thru, and an even longer time in one after dark. I can understand the desire and/or need to do so, but just like going to the ATM or many other places when the sun goes down, it can open us up to unwanted visitors.

That’s just what happened to a guy who was looking to score some greasy deliciousness, but two kids ended up scoring his vehicle instead. Luckily the driver wasn’t hurt, but man this is tough to watch.

Know that the majority of stuff like this happens when it’s dark, and this is a prime example of opportunities that criminals take. We have to be on guard all the time, watching and understanding our surroundings.

Even if this driver were armed, he didn’t have any good opportunity to draw his firearm, except maybe when the two kids were getting into his vehicle. Then you have the whole ‘fleeing suspect’ thing, and that’s it’s own animal.

Previous article: Homeowner Shot By Officer Responding To Alarm Next article: One Killed and One Charged with Murder in Altercation over Debt Collection