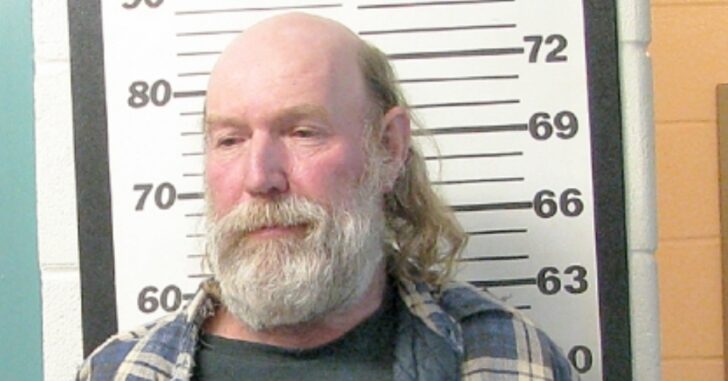 DORA, MISSOURI – A man was booked into the Ozark County, Missouri jail after shooting into his neighbor’s house and being wounded by the neighbor’s return fire. Brice Bennett called the Ozark County Sheriff’s Office at 7:43 p.m. on February 23rd, reporting that his neighbor was outside of his residence on County Road 173 in Dora, threatening him with a pistol.

At 8:11, OCSD was notified of a shooting at the same address. A trio of Missouri State Highway Patrol troopers responded with deputies and Dora VFD first responders. They found Calvin L. Grisham, thought to be 55 or 56 years of age, suffering a gunshot wound to the right hand. A helicopter had been dispatched to the scene initially, but Grisham declined air transport and was transported by Ozark County Ambulance Service to Ozarks Healthcare in West Plains for treatment.

Bennett told investigators that Grisham came onto his property and fired a handgun through the window of his house. Bennett stated that he returned fire through a different window, hitting Grisham in the hand.

Ozark County Sheriff Cass Martin did not specify if Grisham had been using alcohol or drugs, but stated, “I believe that the defendant poses a danger to the crime victim and public due to discharging a firearm into a residence in aggression while under the influence of intoxicants.”

Grisham has one prior conviction for driving while under the influence of alcohol and a vehicle equipment violation, both misdemeanors. Grisham was scheduled for an arraignment hearing on March 9th.