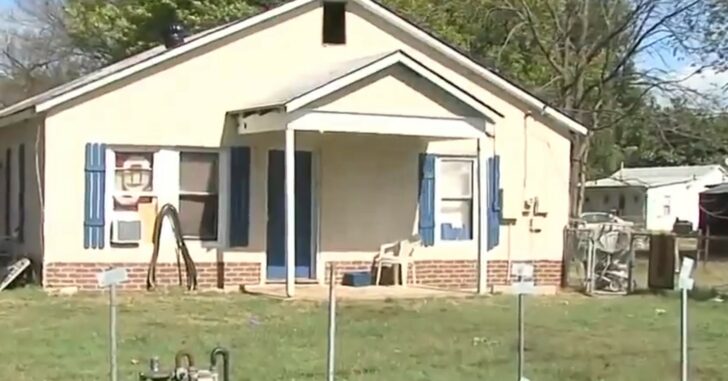 TULSA, OKLAHOMA — A man was fatally mauled by three pit bulls around 6:00 on the morning of October 22nd. The attack occurred at a home hear West Admiral Boulevard and North 49th Avenue.  Police responding to a reported gunshot in the area arrived on-scene to find a young man severely injured and on the ground.  He was transported to a local hospital and later succumbed to his wounds.

The incident began when the man, identified as Curtis Wickham, knocked on the door of the home of his ex-girlfriend and owner of the dogs, Champaign Walker. He was demanding the return of his cell phone after reportedly being told that it was in the home. Her current boyfriend answered the door, and the two men became involved in a physical altercation near the doorway of the home.

The dogs attacked at least one of the two men, and a neighbor fired a shot from his gun in an attempt to stop the dog attack. Walker stated that both she and her boyfriend attempted to intervene in the attack as well but were unsuccessful. The entire scenario was witnessed by her three-year-old daughter, who Walker trusted the dogs to be around.  “They’ve never snapped at my daughter or anything.”, she said, adding that they were playful dogs that she never thought could attack, let alone kill, anyone.

An unidentified neighbor offered a different take on the situation, saying that the dogs are known for being aggressive and had in fact, previously attacked them and their dog. Tulsa Animal Control currently has the dogs in quarantine.

Walker and her surviving boyfriend were taken into custody for a short time but released, and the investigation is continuing.  It is not known what, if any charges they may face in the fatal attack, or what will become of the dogs responsible for the man’s death.

Three aggressive dogs on a defenseless person would make for a difficult intervention by any gun owner. Multiple canine attackers, which could all turn on the good Samaritan at a moment’s notice, and the possibility of unintentionally wounding the victim or other bystanders makes this an extremely difficult decision.  In all likelihood, the person who fired in this incident was hoping that the noise of the gunshot would scare off the vicious attackers.

Previous article: 14-Year-Old Boy Shot in the Legs After Pointing Gun at Homeowner Next article: Robber Fatally Shot By 67-Year-Old Female Homeowner As He Was Leaving Her Garage