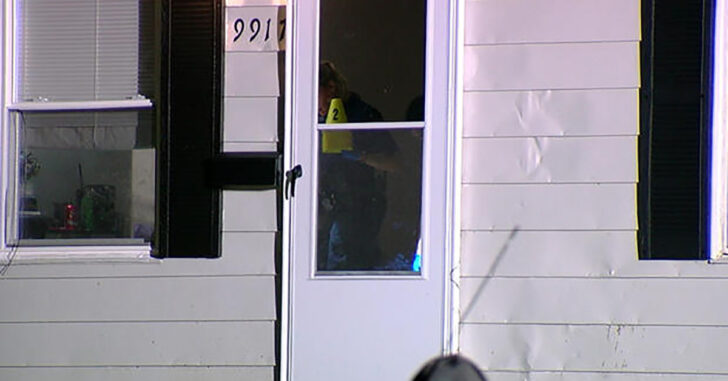 COLERAIN TOWNSHIP, OHIO — In an unthinkable act, and possibly random, two men burst into a home during a woman’s gender reveal party and opened fire. One person was killed and another 8 were injured.

The pregnant woman was shot in the leg, and lost her baby.

The children are hospitalized with non-life threatening injuries. The five adults were treated at a Cincinnati hospital, where one is listed in critical condition.

“I did talk to the officer that was the first one on the scene and he just said it was horrific,” police spokesman James Love told reporters. “He said it was something that was unimaginable, and when he started for calling for help, he said, ‘what do I say? I need ambulances, I need people to help me out here.'”

It’s such a sad story, and events like this won’t ever make any sense to stable-minded people. Ever. Sometimes, there is no rhyme or reason as to why these things happen, but it reminds us of how important our self-protection really is.

Anytime that I’m home, I always have my gun close by. Just a few weeks ago, some armed men barged into a residence just 2 miles down the road from my house. Luckily, the homeowner was able to fight them off with a machete, but it’s yet another reminder that danger can come barging into our lives at any moment.

I hope for speedy and full recoveries of all those injured, and hope that the people responsible are caught so that they aren’t able to do something like this again.

Until then, we’ll all stay vigilant and alert. And armed. We won’t ever make any sense of this, but we can have comfort in knowing that we’re ready to go at a moment’s notice, should similar thugs come knocking on our own door.