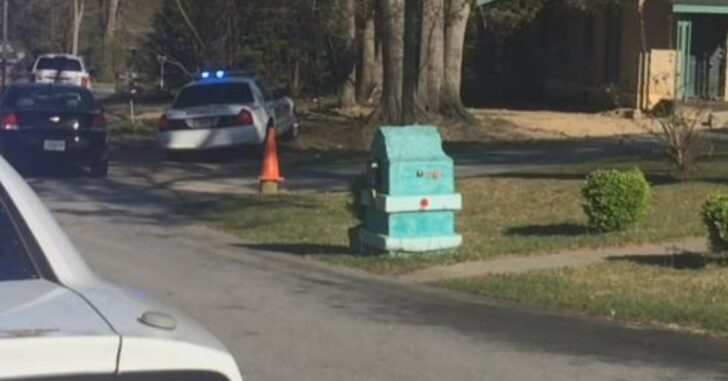 A man was outside sweeping his porch when two robbers approached him and demanded money. While it’s not specified in the story, it seems that the man was carrying his firearm and was able to draw it.

However, he shot himself instead of the bad guys.

[Derrick] Collins pulled out his gun to ward the two robbers off and accidentally shot himself in the left forearm.

He was also shot in the chest, but deputies are trying to figure out if that wound was also self-inflicted or if it was the robbers that shot him.

Luckily, Collins is in stable condition at the hospital. The robbers got away, and it’s unclear if they were struck by any flying bullets.

This is still a case of guns saving lives, simply because his firearm was enough to send the bad guys running. It is also, however, a realization that we need to be prepared for such an event to happen and make sure that we are mindful of our body parts if we ever have to pull the trigger.

This could have ended much worse for Collins, but we hope that he heals quickly and is able to go home soon.